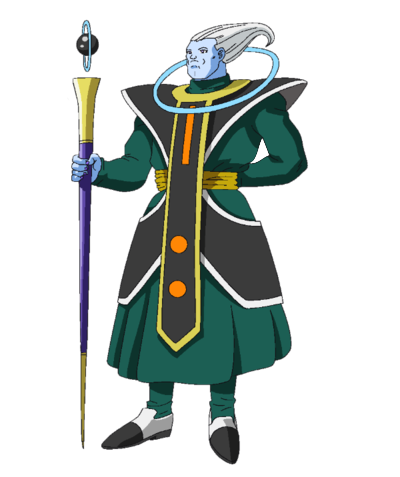 Cukatail is the angel of Universe 5 and the attendant and martial arts teacher of Arack. He watches over Arack and Ogma and tries to learn from their intelligence.

Attack Potency: Likely Low Multiverse level (Being an angel should make him far more powerful than a God of Destruction. Should be at least somewhat comparable to fellow angels like Whis and Vados).

Speed: Massively FTL+ (Should be comparable to Whis, a fellow Angel, who could cross entire galaxies and reach earth in seconds at a speed of roughly at least 498 quadrillion times FTL)

Intelligence: Likely Gifted, extremely knowledgeable in martial arts and combat. Being an angel of one of the highest ranking universes, he should at least be comparable to other angels.

Retrieved from "https://vsbattles.fandom.com/wiki/Cukatail?oldid=6184643"
Community content is available under CC-BY-SA unless otherwise noted.