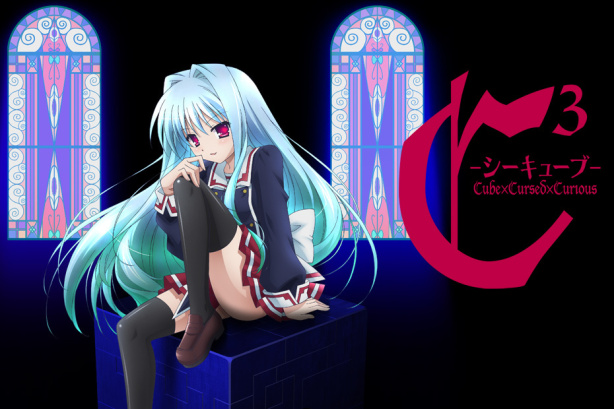 CubexCursedxCurious, also known as C3, is a light novel series written by Hazuki Minase and illustrated by Sasorigatame.

A Japanese student called Yachi Haruaki receives a package from his father, who travels around the world looking for cursed items. The package contains a mysterious steel cube. That night, Yachi wakes up to find that the cube has transformed into a girl, known as Fear-in-Cube. Fear is a Wathe, a cursed tool who has gained supernatural powers due to negative emotions, and she's looking to lift her curse.

Most of the actual fighters in the verse range are Wall level, with some also having low levels of superhuman speeds. Wathes normally give one or two supernatural powers, though nothing particularly hax.

Start a Discussion Discussions about CubexCursedxCurious