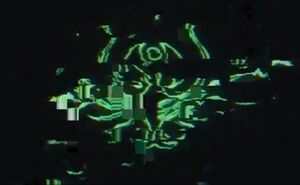 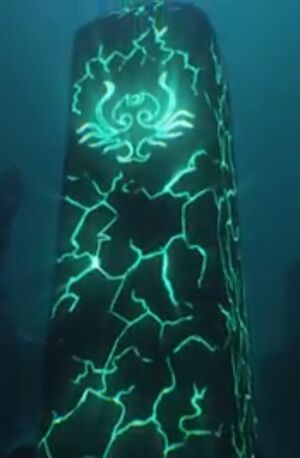 Cthulhu is the main antagonist of the short film, Eldritch Code. Said short film is an adaptation of a story from Cthulhu Tales anthology comic series (titled: "One of Those Days").

Data Manipulation (Can corrupt, manipulate, and change coding), Technology Manipulation (The Cthulhu Virus can manipulate electronic devises as well as destroy the hardware being used), Immortality (Type 8; Will exist as long as Cthulhu does. Due to this it can resist being erased and even come back from it), Inorganic Physiology (Type 2), Self-Sustenance (Types 1, 2, and 3)

Attack Potency: Below Average level (Is a computer virus) | Unknown (When it arrives on worlds, it devours everything in its path)

Speed: Unknown | Massively FTL (Can travel between planets, possibly galaxies, in a short amount of time)

Weaknesses: None notable | Only exist when the stars are right, only able to full interact with the world during those times.

Retrieved from "https://vsbattles.fandom.com/wiki/Cthulhu_(Eldritch_Code)?oldid=5977292"
Community content is available under CC-BY-SA unless otherwise noted.