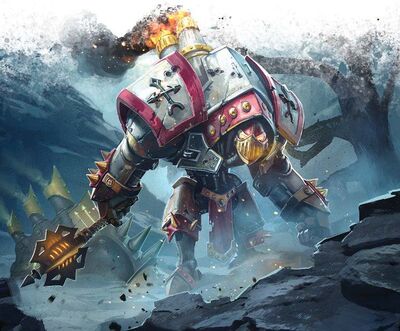 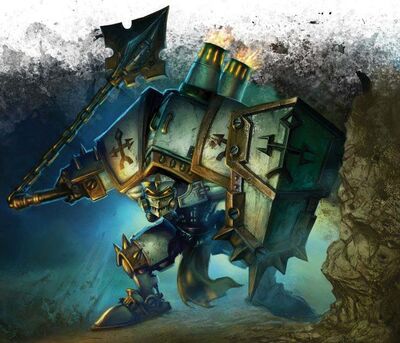 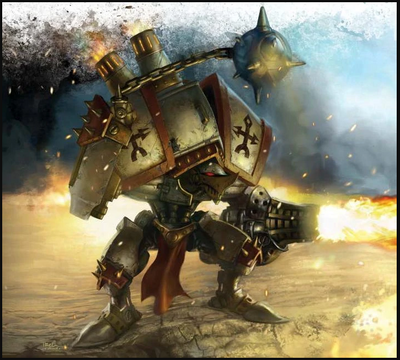 The Crusader chassis is the first Heavy warjack of the Protectorate of Menoth made with the help of the nation of Khador. Designed to look like a laborjack to get past the Cygnar borders into Protectorate territory. This chassis has 2 other variants so far those being the Templar, and Vanquisher. The Templar being designed as a body guard equipped with a flail and shield, while the Vanquisher is designed to clear enemy troops from the battlefield with it's flame belcher weapon and Blazing star. Despite the chassis' old age it proves to still able to go against even the newest of warjacks.

Speed: Supersonic+ (On par with character that can react to lightning strike)

Stamina: Above Average (As a heavy warjack it can fight for 60 minutes before it burns through all it's coal supply)

Intelligence: Below Average, higher with a warcaster

Weaknesses: Being a warjack if it's warcaster is knocked out or killed it shuts down

Retrieved from "https://vsbattles.fandom.com/wiki/Crusader_chassis?oldid=5222792"
Community content is available under CC-BY-SA unless otherwise noted.