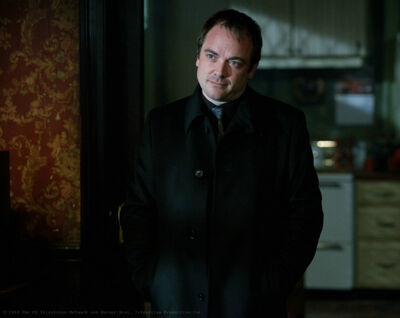 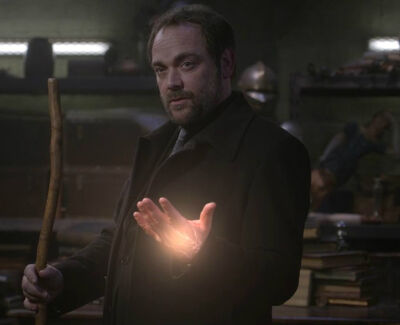 Fergus Roderick MacLeod (c. 1661 - 1723) was a human, who after death became Crowley; a powerful demon who was the former King of the Crossroads and the King of Hell following Lucifer's possible demise. Although he initially served with Lilith as her right-hand man, he went rogue in Season 5 after her death and Lucifer's release, aiding the Winchester brothers in resealing the latter back into his cage. With the power vacuum in Hell unoccupied, he appointed himself the new King of Hell.

Crowley allied with Sam and Dean in Season 5 against Lucifer to obtain the Four Horsemen's rings with them to protect himself, then with Castiel to obtain the power of Purgatory and briefly with Raphael after his betrayal in Season 6, and then with the Winchesters again in Season 7 against the ambitious Leviathans. However, in Season 8, he cuts his allegiance to the Winchesters and Castiel, seeking vengeance as well as attempting to capture the Prophet Kevin Tran and The Word of God to further his own goals, only to be captured by the Winchesters as part of their plan to close the gates of Hell. In Season 9, Crowley was temporarily Sam and Dean's captive while being hunted by Abaddon as part of her plan to take over Hell. However, upon being freed as part of a deal with Dean, he has rightfully resumed his post. After Dean was killed by Metatron and revived by the First Blade, Crowley guided Dean through the process of becoming a demon. The two spent a significant amount of time together until Dean was cured.

Attack Potency: At least Small Building level (Superior to the majority of demons) | At least Large Building level (As the King of Hell, should at least be comparable to Abaddon). Can bypass conventional durability with Telekinesis and Matter Manipulation | Likely Multi-Galaxy level (Barely hurt Lucifer)

Range: Dozens of meters with Telekinesis, Planetary with Teleportation

Intelligence: Quite High. He is very intelligent, manipulative and cunning, holding vast knowledge on the Supernatural and Magic. Perfected the double-crossing.

Key: King of the Crossroads | King of Hell | With the Rod of Aaron