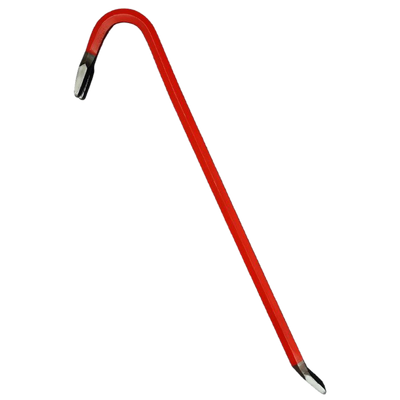 Crowbars are tools used for opening nailed wooden crates or prying away boards, or in criminal applications, for prying open doors and safes in burglary. In mining, they can be used to break and remove rock. They are usually made from medium-carbon steel, but can also be made out of titanium, which is lighter. In a fight, they are capable of stabbing their opponent to the point of penetrating bone in addition to the ability of being used as a club-style weapon.

Speed: Varies. Depends upon the user

Durability: Wall level (Made out of steel or titanium, difficult to break)

Retrieved from "https://vsbattles.fandom.com/wiki/Crowbar?oldid=5855899"
Community content is available under CC-BY-SA unless otherwise noted.