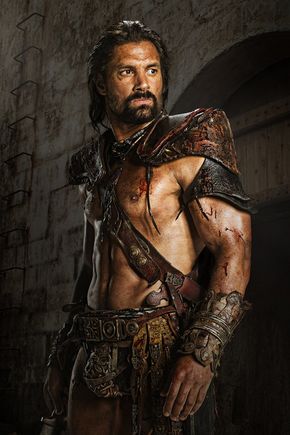 Crixus is a former Champion, introduced into Batiatus' ludus as a slave desiring the life of a gladiator, who eventually fights his way up to become one of the top gladiators of the ludus. During the arrival of Spartacus  in Blood and Sand, Crixus is seen as chief rival to Spartacus and becomes the lover of Naevia. However, after she is banished from the ludus, he joins forces with Spartacus and leads his men in rebellion against the House of Batiatus, and later Rome itself. He goes on to become a trusted ally to Spartacus and one of the first rebel leaders

Intelligence: High (Led an army of rebels against arrius's legion )

Retrieved from "https://vsbattles.fandom.com/wiki/Crixus_(Starz)?oldid=5463336"
Community content is available under CC-BY-SA unless otherwise noted.