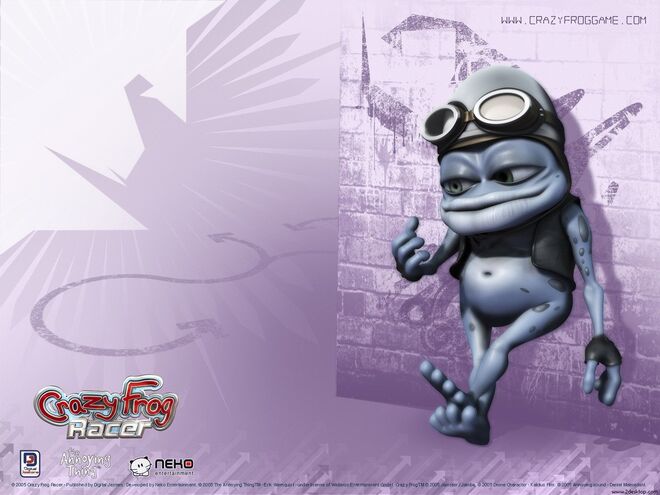 Crazy Frog, originally known as The Annoying Thing, is a Swedish series of CGI-animated music videos focused around the frog singer of the same name. It was created by actor and playwright Erik Wernquist in 2003.

The characters physically belong to Small Building level. The Crazy Frog and his enemies, a group of drones led by an unnamed bounty hunter, are the only characters with superhuman feats and abilities.