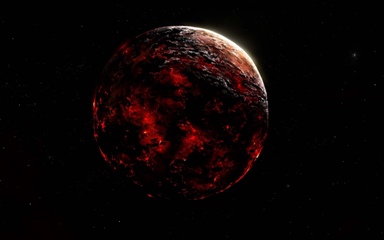 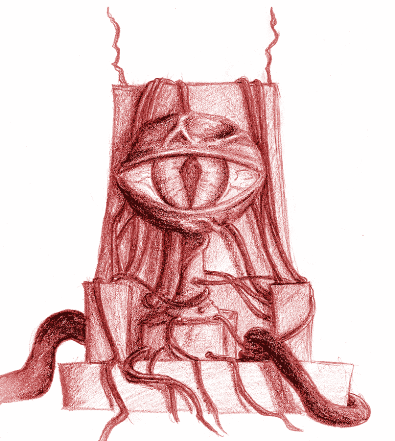 Crayak is dark and malevolent presence in the galaxy whose ultimate dream is to pit civilizations against each other in a game of xenocide until there is only one single sentient species left to be dominated by him, which is part of his larger goal in gaining mastery of the weaving fabric of space and time, to obtain absolute mastery over the "software" which runs the universe, and a hundred million years ago he first encountered the Ellimist and engaged him in an intergalactic conflict of life and death, forcing the Ellimist to choose which species would live and die, escalating until the battle wiped out dozens of space-faring races, and many more who would reach that level, until at the end of their war he had reached the same non-corporeal higher plane that the Ellimist occupied, where the two agreed to resolve their contest with a cosmic chess game which has been going on over countless eons.

Powers and Abilities: Spaceflight, Dimensional Travel (Is capable of flying through Zero-space, the "non-dimension" opposite normal space where faster-than-light travel is possible), Body Control (In control of his own planetoid surface to the same degree the Ellimist has over his body/ship), Self-Sustenance (Type 3), Energy Projection (Could return fire and match the Ellimist blow-for-blow), Weather Manipulation (He could provide a sustaining atmosphere and suitable conditions for the lifeforms on his planetoid surface), Large Size (At least Type 4, possibly Type 5), Gravity Manipulation (Tried to destroy the Ellimist using "gravity distorters"), Energy Absorption and Plasma Manipulation (Similar to the Ellimist, he can draw energy from stars and harness it against his opponent during the waning stages of their eons-long war), Forcefield Creation, Matter Manipulation (He seeded his planetoid body with various forms of life, including "sycophants and toadies"), likely Animal Manipulation (There are at least over the 20,000 living beings living across his planetoid's surface), Regeneration (High-Mid) | Reality Warping, Space-Time Manipulation, Spatial Manipulation, Time Manipulation (Like the Ellimist he could rearrange entire timelines purely at his leisure), Time Travel (At Jake's pleas, took the Animorphs back in time to an alternate timeline where they would never encounter Elfangor), Alternate Future Display, Time Stop, Higher-Dimensional Existence (Like the Ellimist, is likely permanently bound to the space-time structure of the universe), Higher-Dimensional Manipulation, Quantum Manipulation (Is able to "fine-tune" the physical quanta that make up the Animorphs to allow them to pursue Visser Four through an altered Earth history), Empathic Manipulation (In an alternate timeline, subtly manipulated the Animorphs to take another path home the night they got morphing powers), Biological Manipulation, Dream Manipulation (Had haunted Jake's dreams in the weeks leading up to their battle on the Iskoort homeworld), Perception Manipulation (Like the Ellimist Crayak could appear in any form, shape, or size that he sees fit but prefers the "big red eye"), Memory Manipulation, Pocket Reality Manipulation (Created a side dimension arena for Rachel to fight with Visser One after granting her the same powers which he and the Drode both possess), Technology Manipulation (Similarly to the Drode, could manipulate machines such as reprogramming the Pemalite ship's computer banks to set the Chee androids to self-destruct), Avatar Creation, Portal Creation, Power Bestowal as well as Power Nullification (Gifted Rachel the same powers he and the Drode have and then presumably took them away once she rejected it), Power Modification, Intangibility, Teleportation, Telepathy, Existence Erasure, Acausality (Types 1 & 5), Non-Corporeal, Cosmic Awareness, likely Immortality (Types 1, 5 & 9), Illusion Creation

Attack Potency: Multi-Continent level (Described as being the size of a small moon, far superior to The Ellimist before their war to the point where he could have him with one attack. Siphoned the energy of a star to fight a significantly upgraded Ellimist) to Solar System level (During the later portion of their war, Crayak and the Ellimist employed weaponry capable of destroying solar systems and continued to grow stronger) | At least Universe level+, possibly far higher (Should be comparable to The Ellimist)

Speed: Massively FTL+ | Infinite (Like the Ellimist, he would also be able to stop time over a space-time continuum and not only continue moving within it, but could also bring other beings into this zero-temporal dimension)

Durability: Moon level | At least Universe level+ (Is bound to the fabric of space-time, so destroying it is necessary to kill him for good), possibly far higher

Weaknesses: Crayak is extremely arrogant and sadistic. Example: Given the choice between wiping away the Howlers' memories or just killing them outright to preserve the collective memories of the species, he instead opted to murder all seven. He must always have a "game" to play and he would prefer to choose his own destruction than sitting around and passively observing events unfold without interference.