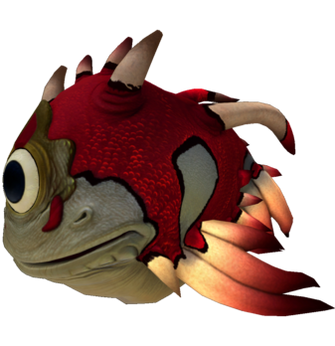 The Crashfish is a defensive fauna species found only in caves, usually in Safe Shallows Caves. The Crashfish lives in a symbiotic relationship with a flora species named the Sulfur Plant.

Speed: Superhuman (Can outspeed a Seamoth)

Stamina: Unknown (Does not attempt any kind of movement outside of charging at foes when approached)

Weaknesses: Its defense mechanism kills itself

Retrieved from "https://vsbattles.fandom.com/wiki/Crashfish?oldid=6507096"
Community content is available under CC-BY-SA unless otherwise noted.