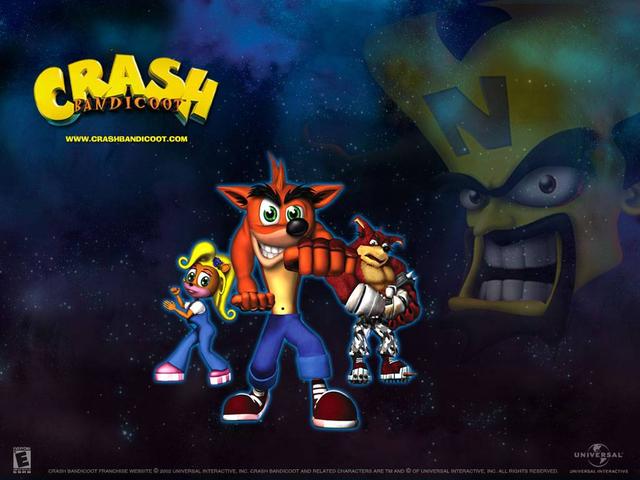 For detailed information about this series, visit the Crash Bandicoot Wiki.

Crash Bandicoot is a video game platformer franchise that debuted on the PlayStation 1. It's stars the titular character, Crash Bandicoot, who was created by an evil scientific genius, Dr. Neo Cortex, in order to form an army of evil mutants but the experiment have failed and back fired with the bandicoot thwarting his plan and rescuing Tawna. Since then, Crash and his allies constantly battles against the evil scientist and occasionally other threats from accomplishing their selfish goals such as global domination. The series became incredibly popular in it's debut, spawning numerous games and spin-offs.

Crash Bandicoot is quite a formidable verse. It's pretty powerful in terms of technology. It features time and dimensional travel, travelling across hyperspace, and a machine that can shrink a planet into the size of a grapefruit. It also contains mystic artifacts known as Crystals, which holds the energy of the entire planet and being capable of containing an energy source that can cause a catastrophic solar flux with the Gems and Relics being portrayed to be stronger than the Crystals. The verse has most of its characters around City level by themselves, with a few of these characters having notable hax abilities such the Evil Twins' reality warping capabilities, N.Tropy's time warping abilities, and N.Trance's hypnotism.