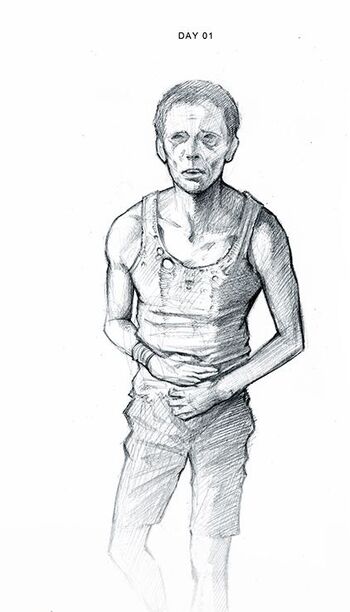 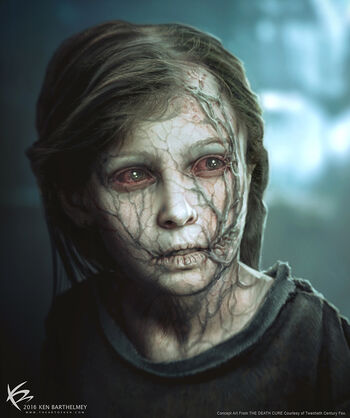 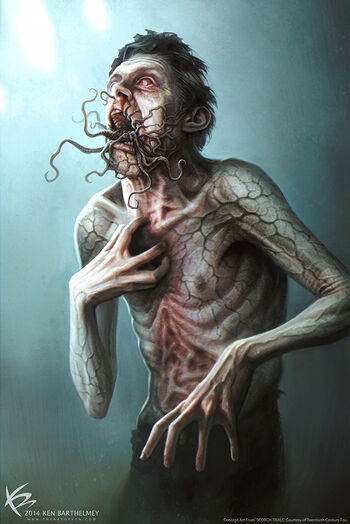 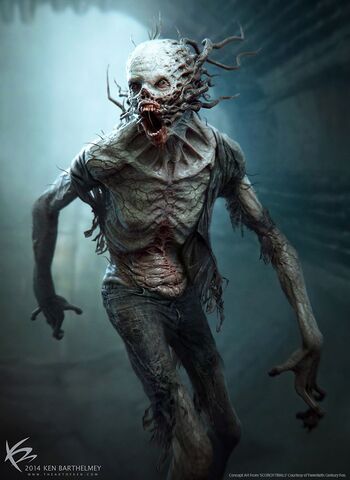 Note: This profile contains Mature Content. Please do not continue if you aren't up to this kind of content.

Crank is a slang term for someone infected with the Flare virus. "The Gone" is another term used for a stage of viral progression in those infected, when a person is past humanity and has lost what sanity they had.

In the film series, Cranks are depicted as zombie-like creatures with strange vine-like growths protruding from their bodies. The book series clearly defines the differences between Cranks and regular zombies, however, as Cranks remain alive and somewhat have the ability to speak.

Classification: Humans infected with The Flare

Attack Potency: Street level to Wall level (Individual crank strengths depend on the physical makeup of the individual and for how long they have been infected. Generally a Crank can easily kill an athletic human and rip apart limbs) | Wall level (Considered far stronger than before)

Striking Strength: Street Class to Wall Class (Able to bite through throats with ease and rip off limbs) | Wall Class

Retrieved from "https://vsbattles.fandom.com/wiki/Crank?oldid=4862289"
Community content is available under CC-BY-SA unless otherwise noted.