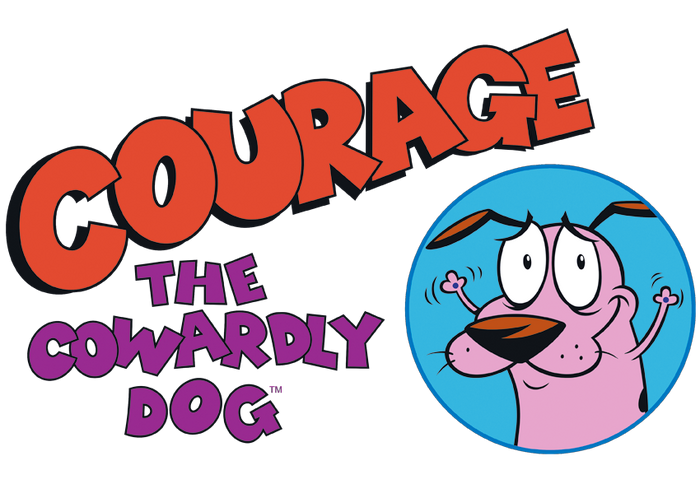 For detailed information about this franchise, visit the Courage the Cowardly Dog.

Courage the Cowardly Dog is an American animated horror comedy television series created by John R. Dilworth for Cartoon Network and the eighth of the Cartoon Cartoons.

The titular character is a timid pink dog with paranoia problems. His owners are an old couple living on a farm full of bizarre adversaries. Courage must overcome his fear and help save his owners, Eustace and Muriel, from ghosts and paranormal spirits living on the farm. Although Muriel loves Courage, Eustace loves to bully and scare him. In each episode, the trio are thrown into bizarre and frequently disturbing misadventures, often involving the paranormal or supernatural. The series is known for its dark, surreal humor and atmosphere. It is produced by Dilworth's own animation studio, Stretch Films, in association with Cartoon Network Studios.

Courage the Cowardly Dog is a powerful verse, with Toon Force, Regeneration, and Relativistic speeds being some of the many powers the series has to offer. Courage managed to survive being inside the core of the Sun, and he can trade blows with those who can harm him. Robot Randy claimed to be the strongest robot in the universe, and he scales to another robot who destroyed a mountain and left a large crater.

The verse goes up to Tier 4, with the Starmakers. The Starmakers live up to their name by being able to create multiple stars at once. They are fast enough to fly cosmic distances in short timeframes, granting them MFTL+ speed. Courage also has his fair share of Tier 4 feats, as he could hold a star with his bare hands, and could even destroy the sun with a scream. He also prevented the sun from dying on another occasion.

Start a Discussion Discussions about Courage the Cowardly Dog (Verse)