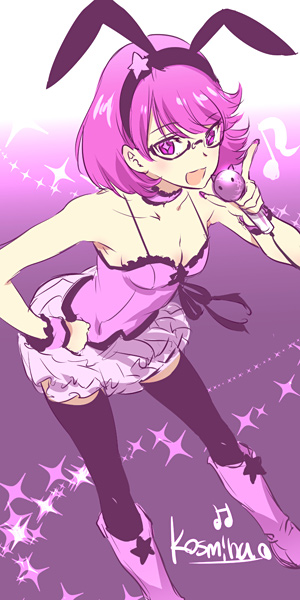 Cosmina (コスミナ Kosumina) was one of the members of the Empire's Secret Police, Wild Hunt. She was a singer equipped with a microphone; after being critically injured, she was modified by a fellow Wild Hunt member Dorothea into a large monstrous creature.

Weaknesses: She is naive and weak compared to the rest of Wild Hunt | No longer has conscious thought.

Retrieved from "https://vsbattles.fandom.com/wiki/Cosmina?oldid=6556184"
Community content is available under CC-BY-SA unless otherwise noted.