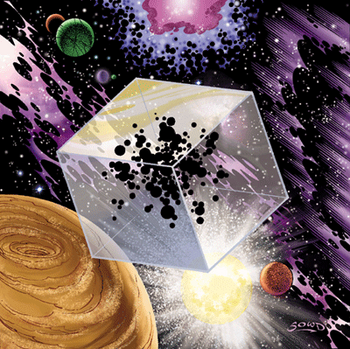 Cosmic Cubes are immensely powerful artifacts, energy matrices drawing power from the realm of the Beyonders. They grant their wielders the power to warp reality on a massive scale, controlling matter, energy, space, and time with a thought. Cubes can mature into fully sentient Cube Beings, such as the Shaper of Worlds and Kubik.

Attack Potency: Multiverse level+ (A battle between Kubik, a Cube Being, and his equal, would shred the fabric of existence across infinite universes. Using a Cube, Reed Richards defeated Doctor Doom, who had stolen Galactus' power. The Badoon used a Cube to keep dozens of Celestials imprisoned, and Magus used five to defeat Eternity and keep him catatonic)