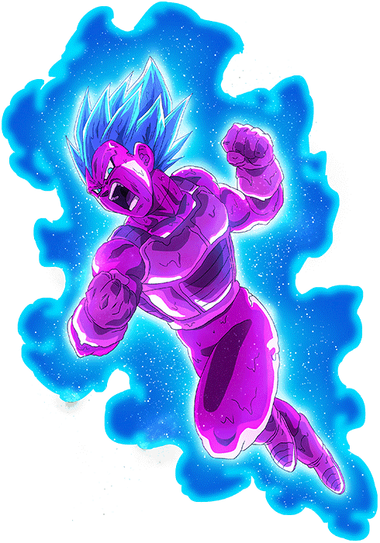 Copy Vegeta is a result of the liquefied weapon Commenson absorbing the Saiyan Prince's powers. Not only does he steal his powers, but Copy Vegeta also emulates Vegeta's spirit, personality, memories and fighting techniques. Along with causing him to gradually vanish unless he is stopped. When Gotenks fails miserably against him, Vegeta's longtime rival Son Goku steps into having yet another (sort of) fight against him.

Powers and Abilities: Superhuman Physical Characteristics, Acrobatics, Martial Arts Mastery, Flight, Ki Manipulation (Can be used defensively and offensively, to strengthen his skin or to fire ki blasts, which can home in on targets and form defensive barriers), Absorption (Can absorb other individuals and make clones of them), Copying Abilities, Possibly Sound Manipulation and Portal Creation (Any character equal to or stronger than Buu Saga top tiers can perform the Vice Shout with sheer power), Turns the people he absorbs into as an intangible vessel until they eventually fade away

Stamina: Very high (His stamina should be comparable to Vegeta and Goku's)

Intelligence: He shares much of Vegeta's thoughts, memories and fighting spirit. However, was noted by the original Vegeta to have inferior fighting technique.

Weaknesses: He gets weakened if the Commenson's core is damaged.