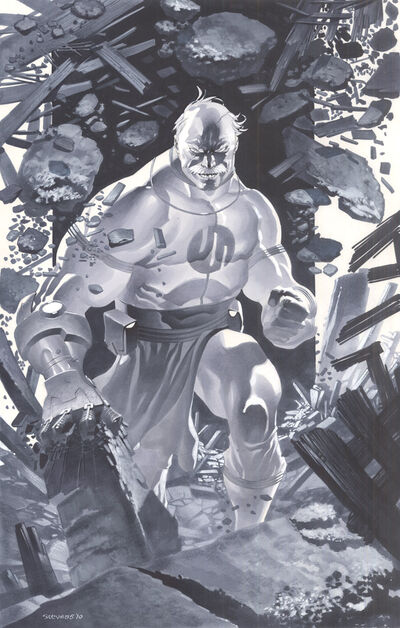 Powers and Abilities: Superhuman Physical Characteristics, Flight, Longevity, Regeneration (Mid-Low), bionic arm and eye, Can hold his breath for 2 weeks, Telepathy (Has alien technology in his ear, allowing him to transmit and hear other's thoughts)

Intelligence: High. Mastery of all viltrumite combat techniques and skills, thousands of years of experience fighting both powerful and diverse enemies with various abilities and powers, as well as being a leader of an intergalactic empire.

Retrieved from "https://vsbattles.fandom.com/wiki/Conquest_(Image_Comics)?oldid=5480555"
Community content is available under CC-BY-SA unless otherwise noted.