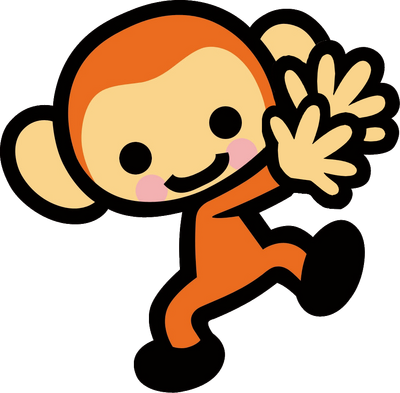 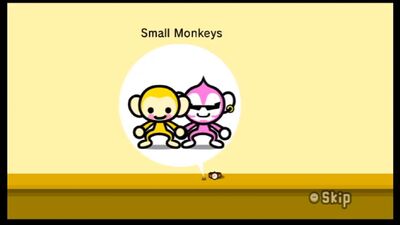 Monkeys are not only recurring characters in the Rhythm Heaven series, but also appear in many minigames with each game, making them almost a secondary mascot to Marshal and Play-Yan. As such, they have displayed a range of abilities, such as acrobatic skills, the ability to play instruments, etc. They are also notable for their general adorableness.

Classification: Monkeys | Small monkeys that live in a watch

Attack Potency: Likely Human level (Should be comparable to the human characters they work with) | Below Average level (Fit inside a wristwatch)

Intelligence: Average (For a monkey, it has shown a high level of intelligence: they know acrobatics, can team up with humans and fulfill plans, outsmarted the Batter, can play instruments and recognize sound patterns, and even become professional therapists.) | Average (Should be comparable to their normal counterparts. Can pilot a hot air balloon)