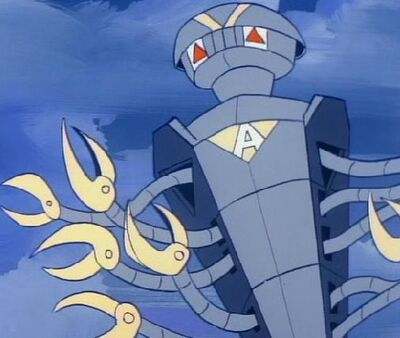 Colossus (巨人怪獣) is an Atlantean kaiju created by Hanna-Barbera that appeared in the 1978 Godzilla episode, "The Colossus of Atlantis."

Weaknesses: Colossus will be destroyed if dumped in water.

Retrieved from "https://vsbattles.fandom.com/wiki/Colossus_(Godzilla)?oldid=5490906"
Community content is available under CC-BY-SA unless otherwise noted.