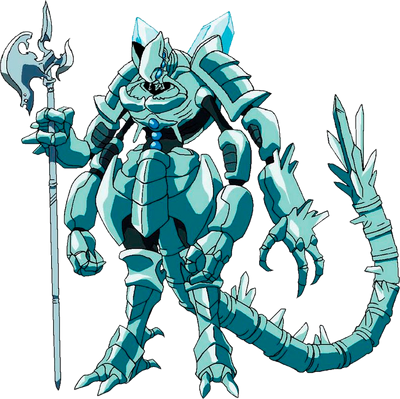 Cocytus is a supporting character in Overlord, and is the Guardian of the 5th Floor of the Great Tomb of Nazarick. An insectoid heteromorph, he was created by Takemikazuchi to be an honourable warrior and is also tasked with keeping a cache of powerful weapons for the tomb. He has a neutral alignment, which stands out against the many evil entities in Nazarick. An extremely skilled fighter, Cocytus is an expert at selecting the right combination of weapons for the fight, and dealing huge amounts of damage quickly. With the help of his extra arms, he is capable of wielding four of his twenty-one weapons at once, allowing him to deal the highest damage per second of any floor guardian.

He was charged by Ainz Ooal Gown to destroy the Lizardmen Tribes with a modest undead force, however, this was a test to see if the NPC was capable of evolving and developing his attitudes and strategies. Upon his failure, Cocytus rectified the situation by single handedly slaughtering the Lizardmen's best warriors. Afterwards, he was appointed by Ainz to rule the Lizardmen without using fear, as a test for Nazarick's future plans for the rest of the world.

Attack Potency: City level (It is stated that he would be able to defeat Albedo in single combat, while losing to Sebas, both of whom can survive attacks from Super-Tier Magic), higher with Immovable Wisdom King Strike (Was going to one-shot Zy'tl Q'ae, a being comparable to Evil Lord Wrath in level, and whose health was described as "off the charts")

Speed: Supersonic+ (Could supposedly keep up with Aldebo in a fight and defeat her more times than not)

Lifting Strength: Class 50 (Should be comparable to Ainz), likely higher

Striking Strength: City Class (He carries God Slaying Emperor Blade, a weapon that formerly belonged to one of the Supreme Beings), higher with Immovable Wisdom King Strike (Was going to one-shot Zy'tl Q'ae, a being comparable to Evil Lord Wrath in level, and whose health was described as "off the charts")

Durability: City level (Should be able to take hits from his peers as Guardians. His entire body is a form of armor and weapon at the same time. Blocked a direct attack from Sebas)

Intelligence: Above Average. A considerably skilled combatant, although his skills in other respects are pretty lackluster, even losing to the lizardmen tribes while commanding a small force of Nazarick undead.

Weaknesses: Can underestimate his opponents at times. One of the more honourable guardians 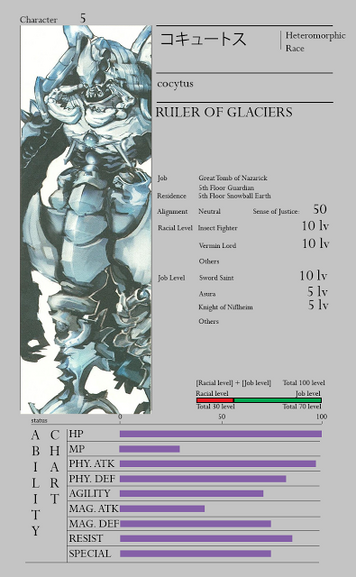