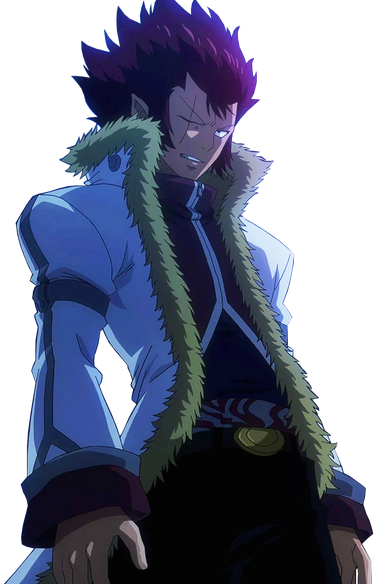 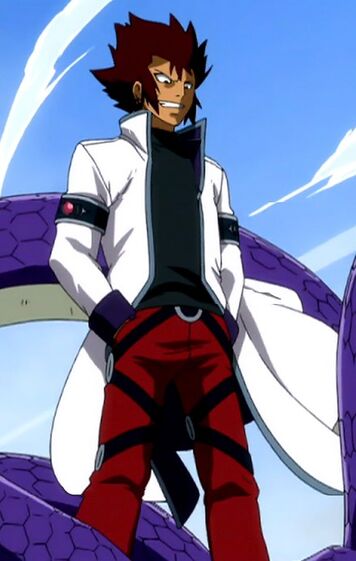 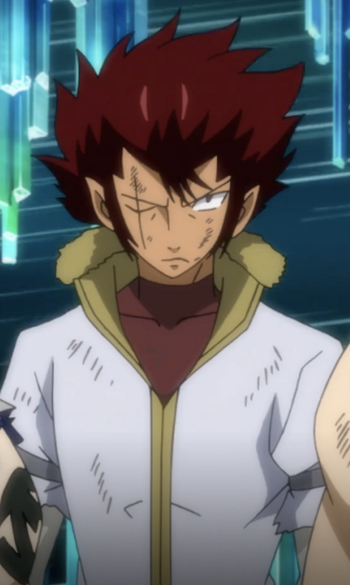 Erik (エリック Erikku), formerly known by the codename Cobra (コブラ Kobura), is a former member of the now-disbanded Oración Seis, a Dark Guild composed of six powerful Mages. He, along with the other Oración Seis members, sought to find Nirvana, a destructive Magic that was sealed long ago. Erik was among the few remaining members who formed the Reborn Oración Seis, and later joined Crime Sorcière per Jellal's request to help him take down Zeref.

Attack Potency: Small City level (Fought and damaged Natsu Dragneel) | City level (Capable of injuring Jellal) | Likely Large Mountain level (Should be comparable to Base Wendy and Lisanna. Kept up with the other Dragon Slayers when fighting Acnologia)

Weaknesses: Super Hearing makes him vulnerable to very loud sounds. Like other slayers, Erik cannot eat poison created from his own Poison Dragon Slayer magic to replenish his stamina or to stop his own magic sent back to him | Half blind, and the same weakness of slayers

Poison Dragon Slayer Magic (毒の滅竜魔法 Doku no Metsuryū Mahō): By having a Dragon Lacrima implanted into his body, Erik obtained the ability to use this Magic. It grants him the power to produce poison from his body and to consume the one produced from external sources to heal and strengthen himself, which, as a result, grants him immunity from poison. The poison that he produces from his skin is so corrosive that it is said to be able to decay all that it touches, but can also act after a given amount of time: Erik stated that its effects are first visible in a progressive weakening of the victim's body, which then results in death.

Poison Dragon's Sharp Horn
Add a photo to this gallery

Sound Magic: Erik has the uncanny Magical ability to hear a person's very soul, allowing him to tell if they are scared, what are they going to do next, and even allow him to hear their thoughts. This ability is so accurate that it was actually confused as mind reading. With it, Erik was able to foresee all of the attacks performed against him and react accordingly, evading them without effort. His use of this Magic is so great that he was still able to counter each of Natsu's moves even when he tried to hide his thoughts. Though this only seems to work when the person's "voice" he is listening to is thinking, or has memories. The Magic can also act as a doubled edged sword, as high-pitched noises, such as Natsu's scream, can affect him greatly. By sacrificing his right eye's sight, he was able to use this Magic offensively, mostly by emitting strong sound waves.

Sound Palm
Add a photo to this gallery