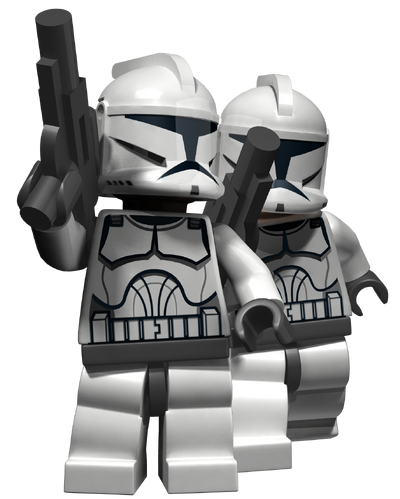 At the time of their introduction, the Republic clone troopers represented the future of galactic warfare. Far superior to battle droids, the clone troopers formed the backbone of the Republic's new military that waged war against the forces of the Confederacy of Independent Systems. So symbolic were they of the times, the galaxy-wide conflict that saw their debut took its name from their ranks: the Clone Wars.

Striking Strength: Wall Class physically and with most weapons

Retrieved from "https://vsbattles.fandom.com/wiki/Clone_Trooper_(Lego_Star_Wars)?oldid=4109188"
Community content is available under CC-BY-SA unless otherwise noted.