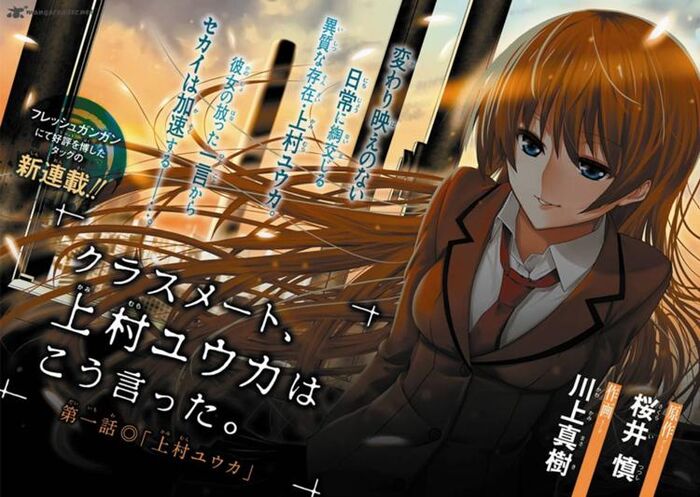 It centers around Shirasaki. He is incredibly bored by his unchanging daily school life and he ends up falling in love with his weird classmate Kamimura Yuuka, who rants about changing the world to his uninterested classmates. However, when she reveals the truth about the nature of their world to him, everything will quickly become stranger than he would ever have expected!