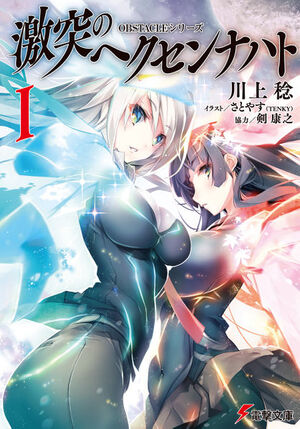 Clash of Hexennacht is a light novel series written by Kawakami Minoru and illustrated by Satoyasu. The story is set in world that is terrorized by the powerful Black Witch who has been sealed in the moon. Every decade, the night of Hexennacht arrives and a chosen witch must battle the Black Witch in hopes of finally defeating her and stopping her from destroying the world.

Characters are around Moon level and Relativistic, with the strongest being able to create and destroy universes given enough prep time.

Start a Discussion Discussions about Clash of Hexennacht