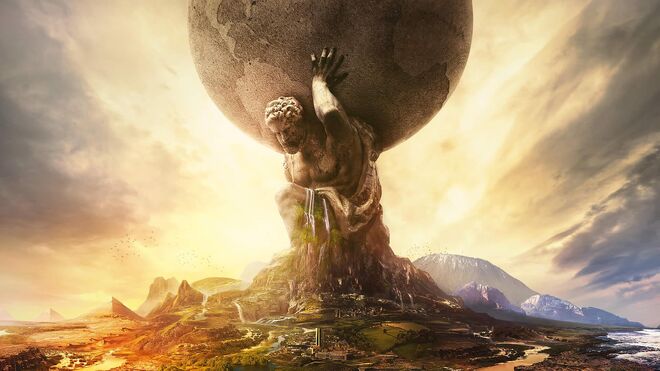 The following is an overview of our new Tiering System for Civilization and Race profiles, designed to classify them based on their level of technological advancement and territorial dominion. The original blog where this was proposed and explained is here.

It should be noted that this does note replace the already existing Tiering System which classifies individual characters based on their sheer power and Attack Potency. Instead, the two should be used in conjunction for Civilization profiles, as it is quite possible for a fictional civilization of lesser technological advancement to possess greater destructive power than a science-fiction civilization, most often through magical or supernatural means.

Pre-Industrial Civilization: A civilization which has yet to undergo significant technological advancements, and lacks access to things such as electricity, industries, fuel based transports, etc.

Post-Industrial Civilization: A civilization that can harness energy sources such as electricity, coal, wind, nuclear power and endothermic energy. Typically has developed technologies at the very least comparable to 18th - 19th Century Earth, or even slightly superior to current 21st Century Earth.

Planetary Civilization: A civilization which has obtained total dominion and control over its home planet, uniting all continents and nations under one government. Typically possess technology which is notably more advanced than our own.

Stellar Civilization: A civilization with dominion over its planetary system and even its parent star, being capable of inhabiting most if not all planets of its home system, and thus a technology far superior than our own.

Interstellar Civilization: A civilization whose territory extends throughout multiple star systems, being capable of colonizing distant worlds, and possessing truly futuristic technology, such as spaceships with Faster-than-Light travel, and weapons whose potency render our technology wholly irrelevant.

e.g: The United Federation of Planets, the Klingon, the Romulans, etc. (Star Trek), The T’au Empire, the Orks, the Necrons, the Craftworld Aeldari (Warhammer 40,000), Frieza’s Empire (Dragon Ball), the Unified Earth Government and the Covenant Empire (Halo), the Citadel Council (Mass Effect), the Earth Alliance (Babylon 5), the Cabal and the Fallen (Destiny)

Galactic Civilization: A civilization whose territory extends throughout most, if not all of its home galaxy, containing many thousands if not millions of planets united under one government. Typically possesses means of Massively FTL+ travel, and technology capable of terraforming and destroying planets.

e.g: The Galactic Republic, the Galactic Empire, the Infinite Empire and the Yuuzhan Vong (Star Wars), the Imperium of Man (Warhammer 40,000), the Forerunners (Halo), The Galactic Empire & the Free Planets Alliance (Legends of the Galactic Heroes), the Leviathans (Mass Effect), the Skrulls, the Kree and the Shi’ar (Marvel Comics), the Alternian Empire (Homestuck), the Ancient Humanoids (Star Trek)

Intergalactic Civilization: A civilization which controls not only its home galaxy, but numerous other galaxies as well, all united under one government.

Universal Civilization: A civilization which possesses control over their entire universe, or at least a significant portion of it. These beings are typically indistinguishable from gods, and are often “Precursor” type races which seeded life all throughout the universe

e.g: The Guardians of the Universe (DC Comics), The Old Ones (Warhammer 40,000), the Incubators (Madoka Magica), Asgard (Marvel Comics), The Precursors (Halo), The Telemap (Whateley Universe), the Zangyack Empire and the Jark Matter (Super Sentai)

Multiversal Civilization: A civilization of such power that their dominion extends beyond their home universe, instead spreading throughout multiple other universes throughout the multiverse. Potentially, they may rule over the entire multiverse.

Higher-Dimensional Civilization: A civilization whose dominion and reach extends not only across numerous, if not infinite parallel universes, but also across higher-dimensional planes of existence and higher realities as well.

Transcendent Civilization: Civilizations / races who control the totality of existence, on a level so complete they are effectively all-powerful. The technology of such a civilization (If such a term even applies) is completely unexplainable by our understanding of physics.

e.g: The Downstreamers (Manifold Series), the Great Old Ones (H.P. Lovecraft), The Old Ones (The Dark Tower), The Beyonders (Marvel Comics)