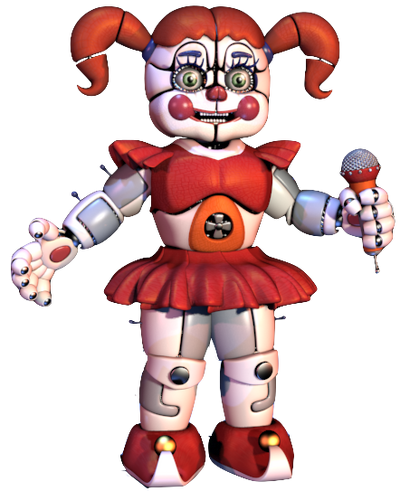 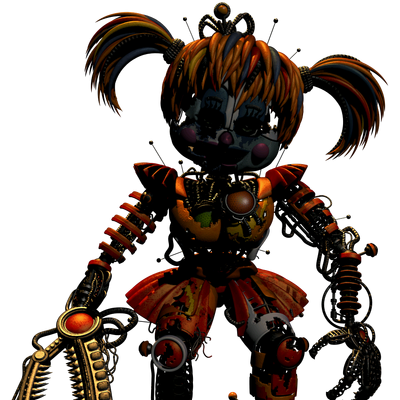 Circus Baby, also known as simply Baby, is the mascot of Circus Baby's Pizza World, and the focal animatronic in Five Nights at Freddy's: Sister Location. While she is mostly never seen throughout the campaign of Sister Location until the very end, she does interact with the player on multiple occasions throughout the story, speaking to them and even kidnapping them on Night 4.

Age: Young pre-death, presumably over 30 by the events of FNaF 6

Powers and Abilities: Superhuman Physical Characteristics, Self-Sustenance (Types 1, 2 and 3), Immortality (Types 2 and 7), Stealth Mastery, Inorganic Physiology (Type 1), Fusionism (Can fuse with other Funtime animatronics), Social Influencing (Can trick and manipulate the player into freeing the animatronics)

Speed: Superhuman (Comparable to other animatronics)

Durability: Wall level (Should be superior to the original animatronics, instead of a normal Endoskeleton the Funtimes have them made of thick interwoven metal cables and instead of fur suits the Funtime animatronics have plastic shells)

Stamina: Extremely high, due to being a robot

Weaknesses: All animatronics share a weakness to fire and/or excessive heat, which destroys Remnant causing the permanent nullification of all supernatural effects

Circus Baby Blueprints
Add a photo to this gallery