VS Battles Wiki
Register
Don't have an account?
Sign In
in: Characters, Wonderful World, Female Characters,
and 12 more 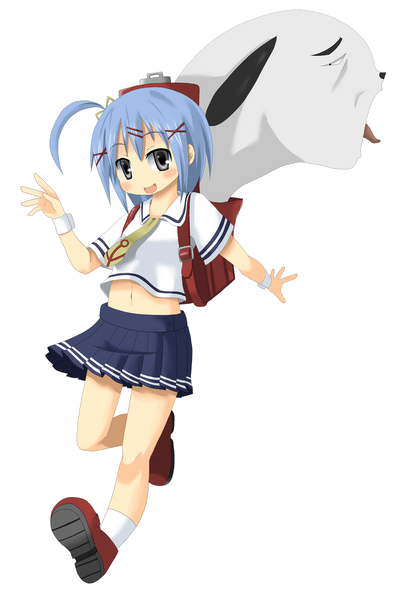 Cielo is a playable character in Wonderful World. She is a student of the Jurisou Institute. She's a 4th grader, & in the Department of spirit science. At the age of six, she enrolled in the law sword institute, a gifted child that was able to invoke the spirits in the first class of spirit science. It has been expected in the future from the surroundings, for other grades were average or less, gradually forgotten & is now an ordinary student. Two close friends of hers are called "white-chan", "erotic" and get angry as a result. Being a partitioner, among friends behave erroneously. But I'm not good at older people, big people, when I talk to senior students I'm frustrated. Since he came as a temporary lecturer, for a while, Cielo's acquainted with Ryuza. Cielo's Parents in a meal shop would like to see become a respectable daughter, it was unreasonable and was admitted to the Kyushuin College.

Powers and Abilities: Superhuman Physical Characteristics, Telepathy (Only to Amenhotep), Parrying, Genius Intelligence (Initially, not anymore.), Intangibility (Amenhotep should be able to do this as a spirit.)

Intelligence: Extremely High (While her child prodigy days are very much over, she records her successes & failures in her autobiography she keeps a secret.)

Weaknesses: Since Amenhotep is based on a spirit of a deceased man, Soul Manipulation alone should be enough to render Cielo defenseless.

Feats: She can communicate with her spirit through Telepathy, and is very intelligent despite her fame fading away. She, like Ryuza, is also a natural born leader.