VS Battles Wiki
Register
Don't have an account?
Sign In
Advertisement
in: Characters, Nasuverse, Tsukihime,
and 32 more 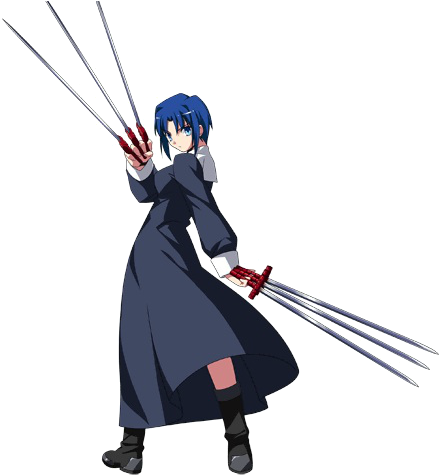 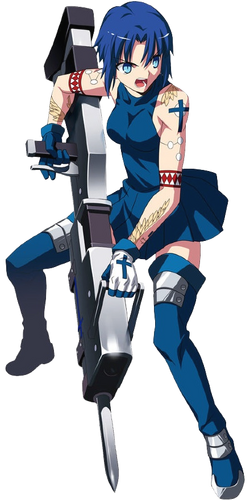 Ciel, born as Elesia was born in 1976, in a small French village. Unbeknownst to her, she had immense magical potential from birth, and was thus selected as the seventh incarnation of Michael Roa Valdamjong. She grew up normally, until the age of sixteen, when Roa’s will began to manifest within her, filling her with abnormal violent impulses. She locked herself away in an attempt to weaken them, but they wore away at her mind and Roa took over her body.

In her body, Roa committed many atrocities, and was eventually hunted down by Arcueid, who killed him. The Church recovered her body, abandoned by Roa, and revived with her original personality in place. As Roa still persisted and she was recognized by the World as the same being, she gained immortality, preventing her from dying as long as Roa still lived. She was killed by the Church over and over again for an entire month as a heretic, but they could not kill her permanently.

After this, the Church ultimately gave up, and she was taken in by the Burial Agency due to her immortality and magical potential, becoming the seventh member and gaining the codename Bow. She pursues Roa when she can, hoping to exterminate him so she can end her own eternal existence.

Superhuman Physical Characteristics, Weapon Mastery, Magecraft, Necromancy, Status Effect Inducement with Black Keys (Can immobilize enemies, set them aflame, petrify them, desiccate them, and mob them with crows), Electricity Manipulation, Memory Manipulation, Mind Manipulation (Her Mystic Eyes of Whisper allow her to plant hypnotic suggestions in others and control their minds), Regeneration Negation with various weapons, Soul, Information and Concept Destruction with the Seventh Holy Scripture and other Conceptual Weapons (Can even destroy Roa's soul, permanently killing him), Regeneration (Low-Mid normally; regenerated and revived after Arcueid killed her), Immortality (Types 1, 3 and 8; dependent on Roa's existence), Law Manipulation (Black Keys use the natural laws to negate regeneration), Paralysis Inducement (By pinning a shadow with Black Keys)

Attack Potency: Small Building level (Stronger than the likes of Kirei Kotomine and Rin Tohsaka, can throw her Black Keys through reinforced concrete walls), Island level with Roa's magecraft (She possesses magical power that is the closest to Roa in his prime among all his bodies and can fight against Servants, but is outmatched by Caster). Can ignore conventional durability with conceptual weapons (The Seventh Holy Scripture can be used to completely destroy someone's soul, reducing them to nothingness, and can kill Servants in this manner). | Island level (Through self-hypnotism, she's able to make full use of Roa's abilities). Can ignore conventional durability with conceptual weapons

Speed: Massively Hypersonic (Can keep up with Servants, such as Saber).

Standard Equipment: A large number of Black Keys, the Seventh Holy Scripture, Black Barrel, and a variety of other Conceptual Weapons and Mystic Codes.

Intelligence: As a member of the Burial Agency, Ciel specializes in hunting down supernatural disturbances wherever they are found, particularly Dead Apostles. She hunts her targets mercilessly, never relenting unless she is given a strong reason not to. To this end, she specializes in close combat, being extremely proficient in the use of Black Keys and Spell Sigils and fighting pragmatically (i.e. binding an opponent before killing them while they're unable to move) to dispatch her targets as quickly as possible. In addition, due to being a former incarnation of Roa, Ciel is able to access a wide variety of powerful spells dating back as far back as the Age of Gods but refuses to do so under normal circumstances due to wishing to distinguish herself from Roa.

Weaknesses: Ciel can be incapacitated by repeatedly killing her. She is slow to use Roa’s magecraft to distance herself from him, though she will use it against Dead Apostles and other similarly strong opponents without hesitation. | As Roa is dead at this point in time, she lacks her reliant immortality and can be killed normally.

Immortality: After being apparently killed by Arcueid and abandoned by Roa’s soul, Ciel still survived, reviving and healing from her wounds due to her extreme magic potential. On top of that, the World continues to recognize her as Roa; therefore, as long as Roa survives in his other body, Ciel cannot die, as to prevent a paradox.

Due to this paradoxical immortality, she cannot age, will persist regardless of the wounds dealt to her body, and even if she was killed nonstop for a month straight she’d recover just fine. It’s not so much regeneration as it is a reversal of time, returning her to how she was before she was injured again and again.

Mystic Eyes of Whisper: Ciel’s minor mystic eyes, which allow for hypnotic suggestion and minor manipulation of memories. Using this ability, she was able to easily insert herself into school life at Shiki’s school without being questioned, and when she left, no one remembered her.

Magecraft: Ciel has extraordinary magical potential surpassing that of the greatest magi, and has over a hundred times the magical energy of the average magus. Despite her potential, she squanders her talents and knowledge and prefers to depend on her martial skills and weaponry. She has inherited a large amount of magical knowledge from Roa, such as Numerology, High-Speed Incantation, and Necromancy.