VS Battles Wiki
Register
Don't have an account?
Sign In
in: Characters, Game Characters, Dead Rising,
and 57 more 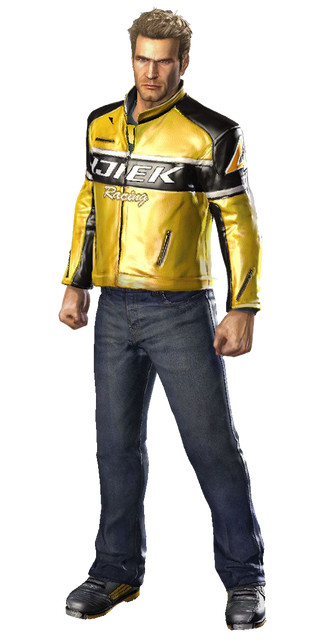 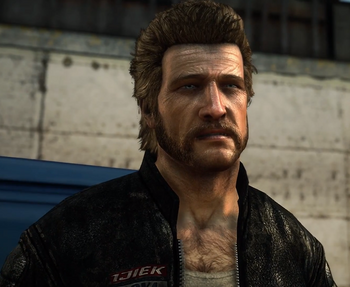 Tier: 9-B, higher with weapons and preparation time, 9-A with Ice based weapons

Attack Potency: Wall level (Can tear arms off with ease and crush skulls, Comparable to Frank and those who can harm him), higher with weapons and preparation time (With a lot of his weapons, he can one-shot Zombies who can tank his punches), Small Building level with Ice based weapons (Ice weapons can freeze bodies solid)

Speed: Athletic Human (Can run faster than most survivors) with Subsonic combat speed and reactions (Can dodge helicopters going at this speed), Subsonic via his Motorcycle, higher with Quickstep (This juice can drastically increase his running speed), Subsonic+ to Supersonic+ with firearms

Lifting Strength: At least Class 1 (Can push off Snowflake, a 3-year-old tiger who was constantly trying to eat Chuck while pushing him to the floor. Can snap necks with force)

Striking Strength: Wall Class (Can damage Zombies with his punches), higher with weapons and preparation time (Can one-shot Zombies)

Durability: Wall level (Can take hits from Zombies, Comparable to Frank. Can survive helicopter crashes at high speed without any injury)

Stamina: Very high (Can spend lots of continuous hours looking for survivors and getting involved in fights)

Standard Equipment: Any kind of melee weapons or firearm.

Intelligence: At least Genius (Invented the Combo-Weapons Frank West learned how to build and should be comparable to him).

Weaknesses: Normal human weaknesses. If his daughter, Katey Greene dies, he will have no will to live.