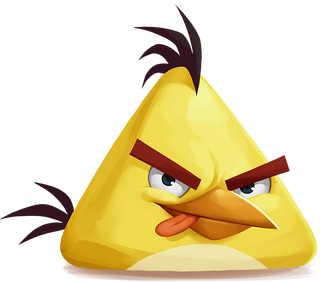 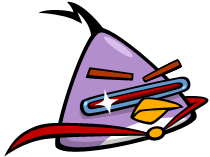 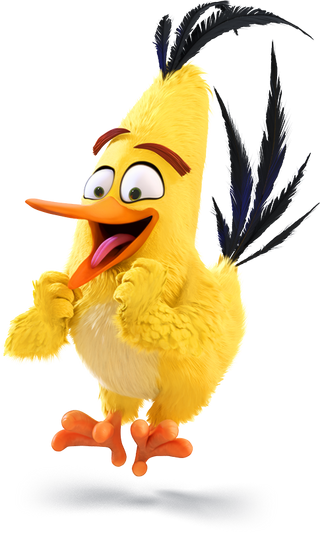 Chuck is the deuteragonist of the Angry Birds series of games created by Rovio Entertainment. He was introduced in 2009 as a member of the core flock. After his first appearance in Poached Eggs, Chuck has become a very prominent character in multiple installments for the series. His special ability is to speed up to up to 100 miles per hour (160.934 kilometers per hour).

Attack Potency: Small Town level (Has defeated pigs like Corporal Pig and King Pig countless times, and both were able to survive an explosion that destroyed Pig City. Comparable to the rest of the flock and other characters who can harm him). Higher w/ Power Potion and special slingshots

Speed: At least Subsonic+, possibly Transonic or higher (Was stated to move at 100 mph in a website and is easily faster than Red), possibly higher reaction speed while serious (Easily dodged lightning). Higher w/ King Sling

Lifting Strength: Class 10 (Lifted a giant tree log to use as a battering ram. Comparable to Chef Pig who fished up a giant whale and a Minion Pig who seemingly pushed a cart with a big pile of chopped wood on it). Higher w/ Power Potion and special slingshots

Stamina: Very high (Is able to run long distances without breaking a sweat)

Intelligence: True to their name, Chuck and the rest of the flock (with the exception of Red and Stella) are "bird-brained", so while they're skilled at controlling each trajectory, they're easily fooled by the Pigs (i.e. were befuddled by some rocks that were painted to look like eggs).

Weaknesses: Chuck is very impulsive, and often runs headfirst into battle without a plan. He's incredibly cocky and can sometimes put the eggs and himself in jeopardy thanks to his overconfidence (i.e. was responsible for breaking the slingshot in Toons and in the comics).