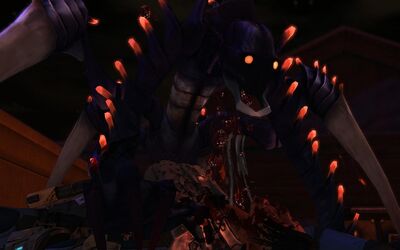 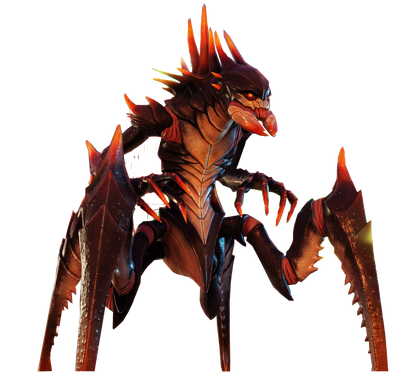 This devastating creature is a swift four legged alien with terrifying melee capabilities. These units travel in three’s and are designed to spread fear into the opponent and to cause chaos. This is done by infecting its enemies to help produce more Chryssalids.

Intelligence: Smart (Attacks weaker foes first to help reproduce itself and overwhelm the enemy with numbers [this is done by attacking civilians or if none are available, attack units who are isolated/weak])

Note: For a target to spawn a zombie it must die by the poison effect or be finished off by a melee attack. This is the same in XCOM 2 but produces a cocoon that spawns three Chryssalids after a certain amount of time (unless destroyed). Larger organic targets like a whale, spawn an unlimited amount of Chryssalids rapidly (although this is mainly down to game mechanics). Chyrssalids have armor that is about 4x stronger than Carbon Nanotube Weaving.