VS Battles Wiki
Register
Don't have an account?
Sign In
Advertisement
in: Tier 1, Tier Low 1-C, Characters,
and 24 more 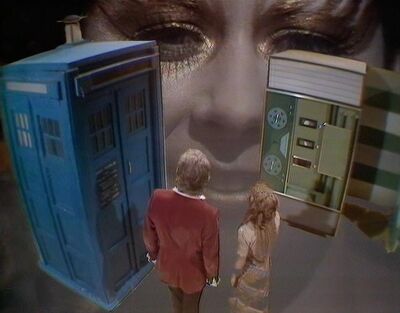 Powers and Abilities: Superhuman Physical Characteristics, Immortality (Type 1, 2, and 3; Their true forms are energy matrices composed of superstrings and exotic particles that cannot be destroyed, only transferred), Flight, Acausality (Type 4; Exist above and outside of time, unaffected by temporal paradoxes), Higher-Dimensional Existence (Their true forms are sixth-dimensional matrices), Reality Warping, Time Manipulation, Teleportation, Time Travel, Dimensional Travel (Can travel between the Time Vortex and Six-Fold Realm. If summoned into the universe, they can move between alternate dimensions), Power Nullification (Jammed a TARDIS' ability to move in and out of the Time Vortex), Absorption (Can eat the fabric of space-time, stars, and entire universes), Deconstruction (Elektra, an Eternal, was able to shred matter down to the Quark level with her screams), Existence Erasure and Age Manipulation (Described as the gardeners of the multiverse, who weed out alternate universes. Forced millions of universes into a state of heat death, can devour time and age beings to death), Biological Manipulation (Made The Monk's mouth disappear), Clairvoyance, Resistance to Law Manipulation, Time Stop (Can stop time in a universal scale)

Weaknesses: Limited by the code of conduct