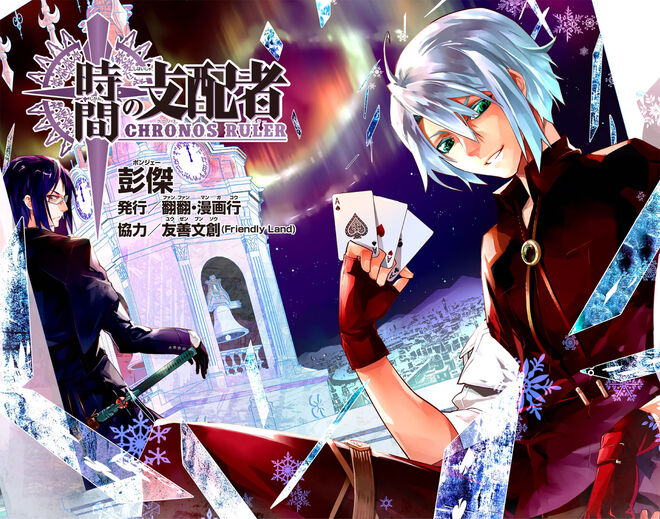 Chronos Ruler is a manga by Ponjea.

The story follows a duo of Chronos Rulers, two humans who use time manipulation abilities to fight Horologues, demons that appear when human's regret something very strongly to devour their time and cause them to continously rejuvenate until they stop existing. The main character, Victor Putin, was bitten by a horologue and is now trying to find it and kill it before he runs out of time with the help of his son.

The verse has low raw power, with characters so far being casually at Small Building level of AP and Subsonic+ speeds, with some exceptions. The verse's abilities revolve around manipulating time, with the protagonists having the ability to either speed up or slow down the time of an element or type of object thousands of times to create various forms of attacks. The main enemies of the series, the Horologues, have some minor time hax abilities.

Retrieved from "https://vsbattles.fandom.com/wiki/Chronos_Ruler?oldid=2052695"
Community content is available under CC-BY-SA unless otherwise noted.