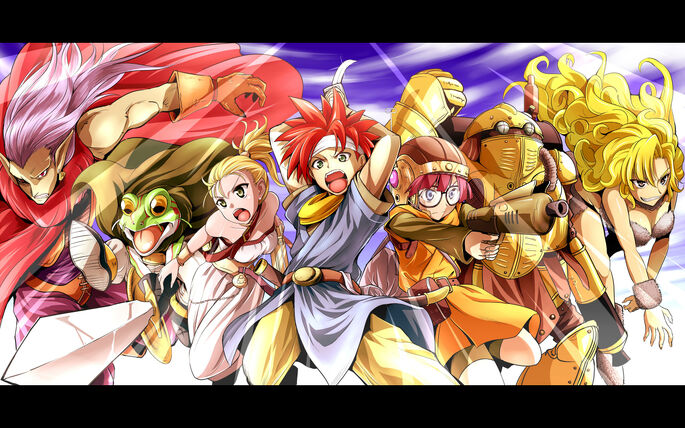 The Chrono series is a powerful verse. During the main game of Chrono Trigger, the characters possess Large Planet level strength. The two main antagonists, Queen Zeal and Lavos, have decent hax and an abnormal amount of powerful hax respectively. The post game of Chrono Trigger gains a massive boost in power, with Lavos having absorbed Schala, turning into the Dream Devourer, becoming a Universal+ entity, and bumping up all that fought him in that form. During this time, the verse caps out at Relativistic speed. The verse gets even stronger with the introduction of items such as the Chrono Cross and the entity known as the Time Devourer, which is the matured form of the Dream Devourer, and can devour all of the infinite timelines in the Chrono Universe, and also has speed feats ranging from MFTL+ to Immeasurable.

Harle
Add a photo to this gallery