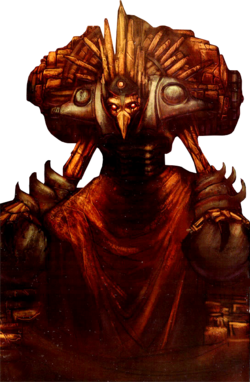 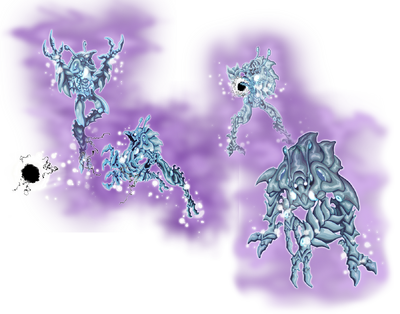 The Chozo were a ancient technologically advanced force in the galaxy that at one time was a warrior race. During this time, they had wings and mainly were focused on exploration across the cosmos.

But alas, their own longevity eventually lead to the decline of their race, due to their age, they had, for the most part, lost the ability to reproduce and their wings. It was during this time that they become mostly non-violent protectors of the galaxy.

It is unknown when they did, but they had met countless powerful races, including the Luminoth and had traded technology (Like the Screw Attack), shared culture, and essentially made the Galactic Federation to protect all races among the cosmos.

Prior to their mysterious disappearance from the galaxy, they had created the Metroid and Mother Brain, both of which would unknowingly to the Chozo, cause havoc on galactic proportions. But as fate would have it, the only remaining member of the Chozo, who had originally been pure human, Samus Aran would eventually annihilate both of their creations and attempt to keep peace in the galaxy.

Age: Varies, but as a species, they have existed for at least a millennium

Attack Potency: Unknown. At least Town level (When their DNA was fused with Samus Aran and the Zebesians, they were powered up to Town level, despite being significantly weaker) | Island level (Survived a few hits from Ridley, and stood in the middle of his blast, which damaged Mother Brain's shields) | At least Planet level (The Tallon Chozo crafted the Gravity Suit, yet considered the suit as ancient and outdated) | Planet level (Fought on par with Varia Suit and Gravity Suit Samus every time she wanted to take an Artifact or upgrade)

Lifting Strength: At least Class 100, likely far higher (Should be equal or stronger than Samus Aran)

Durability: Unknown. At least Town level (Should be as durable or more an average Zebesian) | Island level (Stood in the middle of his blast, which damaged even Mother Brain) | At least Planet level (Should be equipped with the Gravity Suit, which is significantly more durable than the Varia Suit which can stand being in the middle of planet busting Power Bombs) | Planet level (Can survive being damaged by Samus)

Stamina: Superhuman (Most Chozo were seasoned warriors, Grey Voice, a very aged Chozo, managed to continue fighting after being stabbed in the chest by Ridley's tail)

Range: Standard melee range | Up to dozens of kilometers | Stellar using more advanced technology | Up to hundreds of meters

Intelligence: Genius (Having been a warrior race and having long life spans gives them a massive amount of experience in combat, their technology has also shown to be quite applicable in many situations and even the best of their known technology was considered obsolete by the Tallon Branch of the Chozo)

Weaknesses: Are biologically restricted from causing any harmful actions, though this can be bypassed by sheer will. This biological restriction has only been seen in the old Chozo that raised Samus, whether or not other Chozo in the past had this restriction previously is unknown. | As a Chozo Ghost, they are generally insane and erratic.