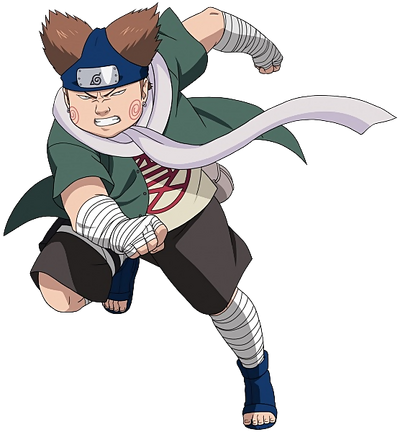 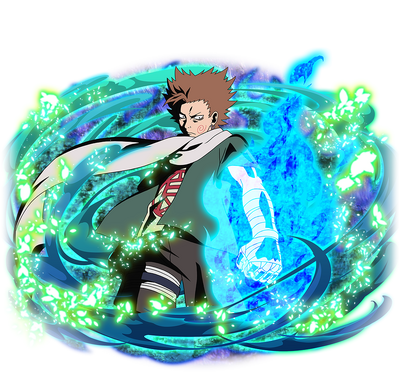 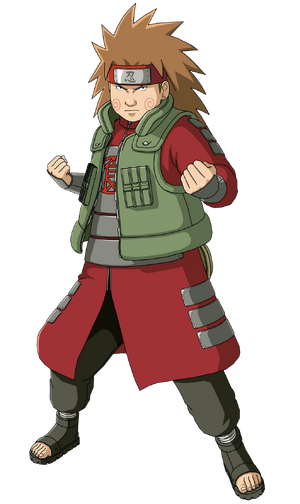 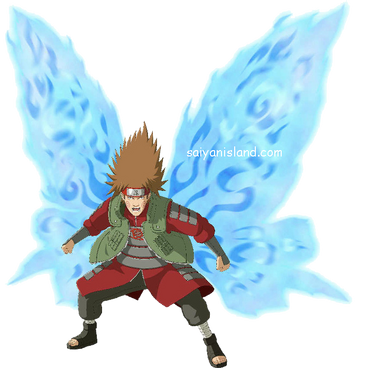 Chōji Akimichi (秋道チョウジ, Akimichi Chōji) is one of the main supporting characters of Naruto series. He is a chūnin-level shinobi of Konohagakure's Akimichi clan and a member of Team Asuma. Along with his team-mates, he is part of an Ino–Shika–Chō trio, just like their fathers were before them. Chōji and his father were later seen talking on the roof of a building while Chōji was still upset over the way he was treated by the other children, saying the Akimichi were fat and stupid. His father told him that few people have a heart as kind and caring as his, and one day he would meet someone who would see that in him and respect him for it, and that eventually, they would be the best of friends. Soon after, Shikamaru arrived. Chōji recognized him as the one who had defended him earlier and asked Shikamaru why he wasn't playing the game, to which Shikamaru responded that it was too troublesome. He then told Chōji that he liked to come up there to watch the clouds and that Chōji happened to be sitting in his spot. Chōji moved over to give him space.

Powers and Abilities: Superhuman Physical Characteristics, Acrobatics, Chakra Manipulation, Duplication (Can create illusionary clones with no substance), can replace himself with inanimate objects to avoid damage, Speed Enhancement with Shunshin, Surface Scaling, Size Manipulation (Can increase his size and mass, amping his physical capabilities. He can enlarge single parts of his body or increase the size of his entire form up to dozens of meters tall) | All Previous, By burning calories into chakra, he further increases his strength, Earth Manipulation, Fire Manipulation, Paralysis Inducement (via paralysis jutsu)

Speed: Supersonic (Should be as fast as Naruto in the Land of Waves Arc) | High Hypersonic (Able to keep up with Jirobo) | Massively Hypersonic+ (Should be comparable to Shikamaru Nara, can somewhat fight against Hidan and Kakuzu)

Range: Standard melee range, dozens of meters when he's in his giant form

Weaknesses: He used to be incompetent due to fear until he overcame it, calling him fat will seriously anger him, pre-timeskip Chouji could only use calorie control via soldier pills, and was damaged to near death as a result.

Baika no Jutsu (Multi-Size Technique): A secret technique passed down through the Akimichi clan that allows the user to increase the size and mass of their body by converting calories into chakra. The user can freely manipulate their size at will when using this technique and can use it for extensive periods. One of the most common applications for the Multi-Size Technique is to increase the size of the user's abdomen to make their body round and ball-like.

Chōharite (Super Open Hand Slap): After performing the Multi-Size Technique to increase their size, the user will focus a large amount of chakra around their hands, causing unique markings to manifest on their palms. Once the chakra becomes visible, the user will attack with a downward strike using their weight and strength to their advantage.

Calorie Control: This mode grants the user free control over their body's calories, letting them burn the energy into pure chakra. The massive increase in power causes two butterfly wings to form on the user made out of chakra. In this mode, the user can freely use many high-level Akimichi Taijutsu techniques without putting too much strain on their bodies. A side effect of this mode is weight loss, though it only poses a threat to the user if the calorie control technique was forcefully activated via special soldier pills.

Chodan Bakugeki (Butterfly Bullet Bombing): Once the Calorie Control technique is initiated, the user can perform this powerful jutsu. After focusing all of the user's chakra into one of their arms, their chakra level briefly increases a hundredfold, allowing them to deliver a devastating punch with all of their body's strength.