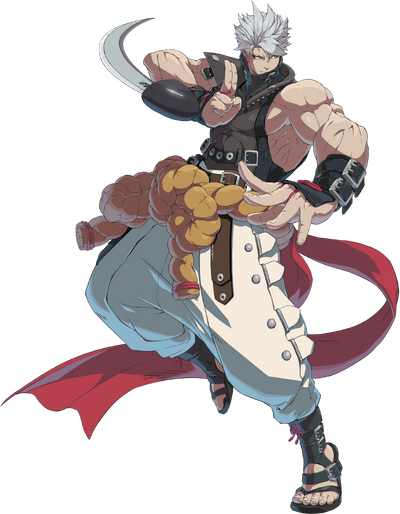 Chipp Zanuff (チップ=ザナフ, Chippu Zanafu) is a character in the Guilty Gear series, who was first introduced in Guilty Gear.

A drug dealing child in the streets of America, his life changed as a man named Tsuyoshi took him in his care and trained him in the arts of Ninjutsu, possibly out of admiration for his master Chipp himself insists that he is Japanese. Later on he became the president of his own country and took on Answer as his personal assistant.

Speed: Relativistic+ (Superior to Bridget and Millia) | At least Relativistic+, possibly Massively FTL+ (Can briefly keep up with Bedman)

Standard Equipment: His armblade, some shuriken, and kunai. 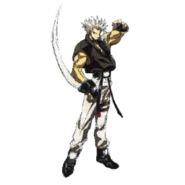 Chipp in the first Guilty Gear. 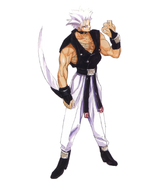