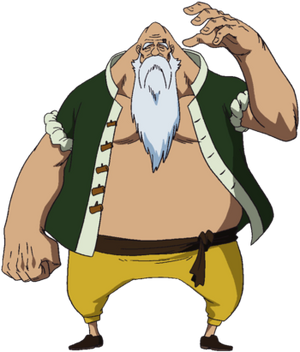 A former pirate and leader of the Happo Navy and a participant in the Corrida Coliseum to compete for the Mera Mera no Mi. He holds a grudge against Garp for ruining his life. He extended this grudge onto his grandson Luffy, but Luffy, being himself, manages to make him an ally.

Intelligence: Experienced in the field of combat having sailed the seas for dozens of years before retiring as a pirate