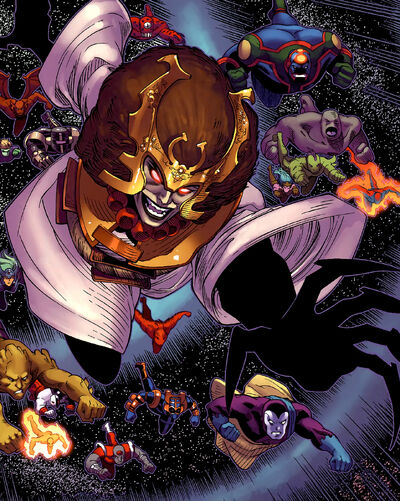 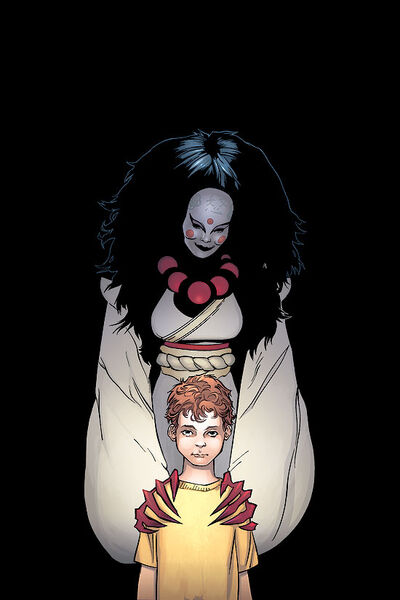 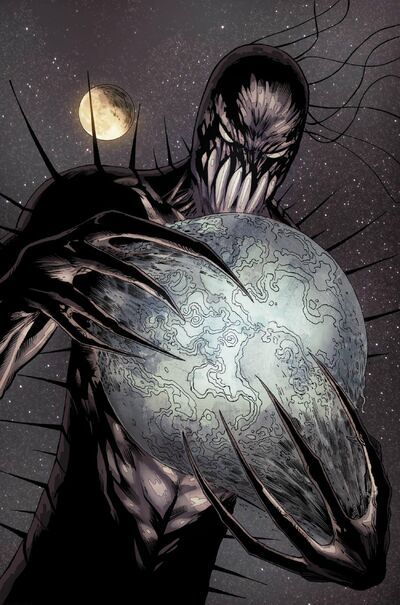 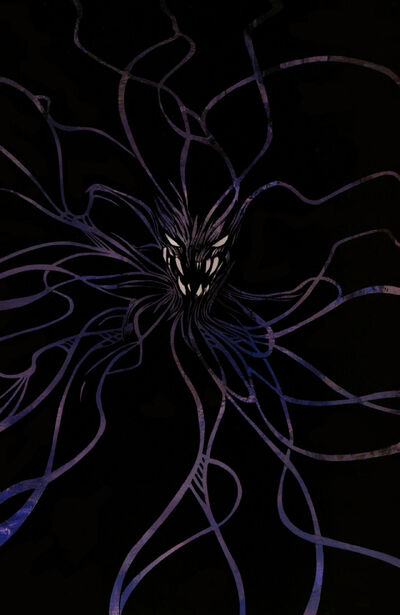 The Chaos King is the Personification of the Void that existed before Creation, and a manifestation of Oblivion, the complete Abstract Embodiment of Non-Existence. Once believed to be simply a mere deity, called Amatsu-Mikaboshi by the Japanese Pantheon, he is in fact a far greater entity. A purely malevolent force of nature, The Chaos King is an eldritch being whose sole goal is the end of all existence, and as such he is the "Anti-God" who exists in direct opposition to the likes of Eternity and Gaea, forces of existence and creation.

Gender: Inapplicable, as Mikaboshi can appear as whatever it so desires

Classification: Cosmic Entity, Abstract Entity, Personification of the Void that was once Creation, Aspect of Oblivion

Power and Abilities: Superhuman Physical Characteristics (At his most powerful, Skyfathers and Galactus were like ants to him), Abstract Existence (Type 1), Chaos Manipulation, Healing, Immortality (Types 1 and 8), extremely high command of Japanese Dark Magic (Even before powering up, was strong enough to defeat Zeus, a Skyfather god). Shapeshifting (He often uses this to appear as a female (because he believes this makes him seem weak, and therefore cause enemies to assume he is not a threat), he can reshape his limbs into razor-sharp blades, and assume the form of a fire-breathing serpent), Flight, Teleportation, Can project mystical energy as force blasts, invisibility, Unspecified levels of Matter Manipulation and Illusion Creation. Can create "shadow copies" of himself capable of avoiding detection by high-level dark magical entities. He can control numerous minor demons and animate and manipulate corpses en masse at will, Has the ability to capture and control the souls of all dead beings, even gods, as he defeated Death itself, Can cross realities, Can destroy, control and corrupt minds, Reality Warping (killed Nightmare, a powerful reality warper, in his own realm), capable of absorbing the powers of beings he defeats (with Nightmare's power, he can manipulate dreams and put people into permanent comas), can absorb realms, universes, and anything he destroys), can grant power to other beings, All that he destroys becomes a part of himself, Acausality (Tyep 5; is an aspect of Oblivion himself), Corruption (Type 3), Large Size (Type 10), Higher-Dimensional Existence

Attack Potency: Low Multiverse level (Even before beginning his ascension to a completely abstract entity, he was capable of easily killing Zeus and other Skyfather-Level Entities) | Low Outerverse level (The Chaos King is the entity directly opposite to the Multiversal Eternity. Devoured 98.76% of the Marvel Multiverse)

Durability: Low Multiverse level | Low Outerverse level (Nearly impossible to kill due to abstract nature, Was only defeated via BFR, due to the protagonists being ultimately unable to wound him. This includes Hercules, who had become a Multiversal Abstract level entity upon obtaining the powers of Creation and the Multiverse itself.)

Intelligence: Extremely High (Able to outsmart and outmaneuver nearly every god in the Multiverse)