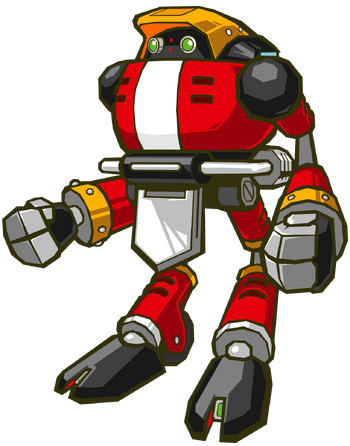 Chaos Gamma is a robot created by Doctor Eggman from the upgraded salvaged parts of his older machines with the purpose of helping him capture Emerl. His mission to hunt Emerl down, however, is more so fueled by his jealousy of the Gizoid for being granted one of the Chaos Emeralds instead of him.

Gender: Technically none, referred to as male

Retrieved from "https://vsbattles.fandom.com/wiki/Chaos_Gamma?oldid=5000848"
Community content is available under CC-BY-SA unless otherwise noted.