VS Battles Wiki
Register
Don't have an account?
Sign In
Advertisement
in: Villains, Sonic the Hedgehog, Comic Book Characters,
and 42 more 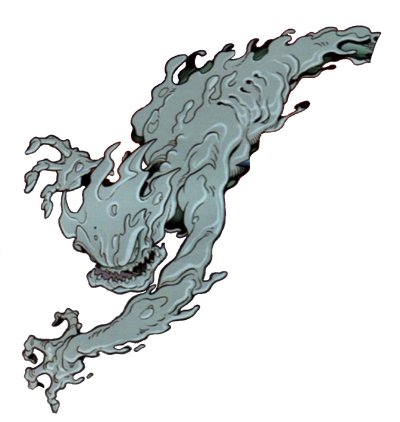 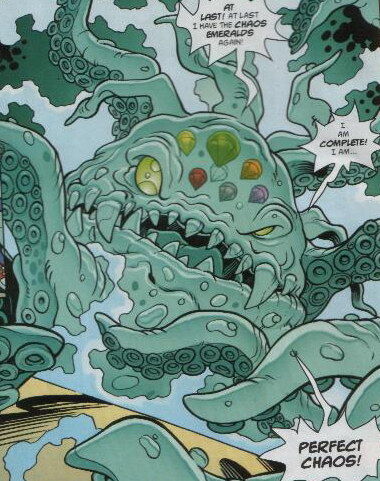 Chaos was the main villain of Sonic Adventure adaptation of Sonic the Comic series published by Fleetway Editions, and the final major villain of the comics overall. In this continuity, Chaos was a Prosecutor of the Drakon Empire during the war between the Echidnas and the Drakons, mutated into a terrifying abomination after exposure to Chaos Energy.

Attack Potency: At least Island level (Was too powerful for the combined efforts of the Freedom Fighters to defeat, including Sonic the Hedgehog. Killed Johnny Lightfoot with a single blow) | Low Multiverse level (Is powered with the complete Chaos Emeralds, and should thus be comparable to God Robotnik)

Range: Standard melee range. Hundreds of meters with hydrokinesis. Unknown with Fear Manipulation | Several meters due to his size. Low Multiversal with his abilities

Intelligence: Animalistic (Without sufficient Chaos Energy, Chaos appears to run on feral, destructive impulse, with the simple-minded desire for power) | Above Average (After coming into contact with the Chaos Emeralds, Chaos began to regain his mental composure and could think clearly and speak. Driven by his megalomaniacal desires for world domination, Chaos was able to successfully gather the Chaos Emeralds with intent to ravage the planet)

Weaknesses: Mentally unstable | Draining him of his power reverts him to his normal Drakon form 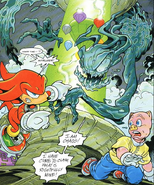