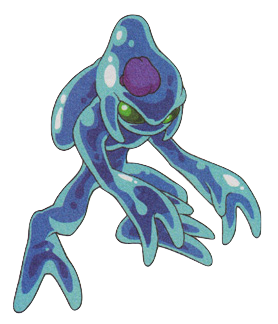 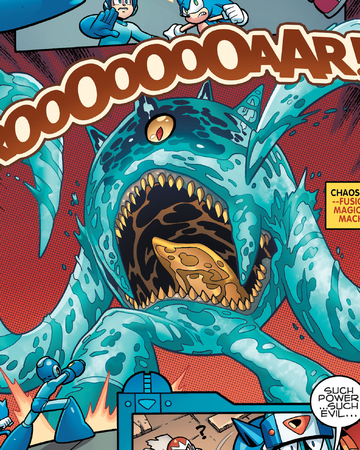 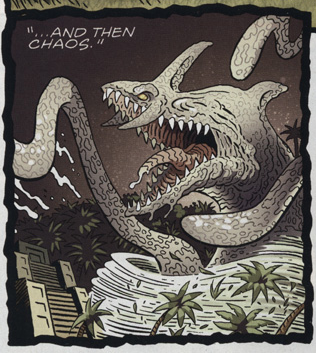 Chaos is a character that appears in the Sonic the Hedgehog comic series and its spin-offs published by Archie Comics. It is a water elemental, which was responsible for all but wiping out the Knuckles Clan of Echidnas. Imprisoned in the Black Emerald by Tikal, a girl from that tribe, Chaos remained trapped for centuries until he was released by the maniacal Dr. Eggman. After accumulating power from various Chaos Emeralds, he attacked the hidden city of the ancients, Station Square, only to be stopped by Super Sonic and Knuckles. Following this, Chaos, Tikal and the Seven Server Chao returned to the Black Emerald.

Gender: Inapplicable, but referred to as male

Weaknesses: Ice and electricity based attacks.