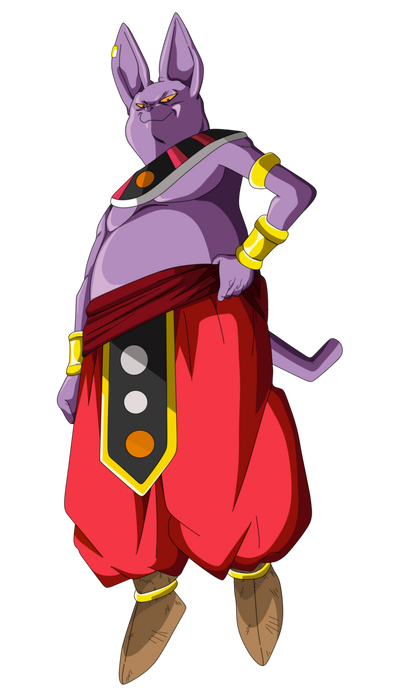 Champa (シャンパ, Shanpa) is a character in Dragon Ball Super. He is the brother of Beerus, and God of Destruction of Universe 6. As such, his occupation is to destroy inhabited planets.

Vados has mentioned that he is weaker than Beerus, due to his inferior physique.

Age: Hundreds of millions of years (as old as Beerus)

Attack Potency: Universe level+ (A fight between Champa and Beerus can result in the destruction of two universes. Should be comparable or superior to Toppo, who was capable of warping the infinite World of Void, and is himself comparable a limit-broken Vegeta, who was capable of fighting competently with a held-back Jiren, stated several times to be the strongest foe in Dragon Ball history and surpassing the likes of even an incomplete Infinite Zamasu. Comparable, although inferior to,Beerus, who possessed an incomplete Ultra Instinct), can negate conventional durability by destroying one's soul.

Weaknesses: He is sometimes presented as very out of shape, and easily tired, and sometimes not. Arrogant and makes miscalculations. If the Kaioshin of the respective universe is killed, so is the god of destruction.