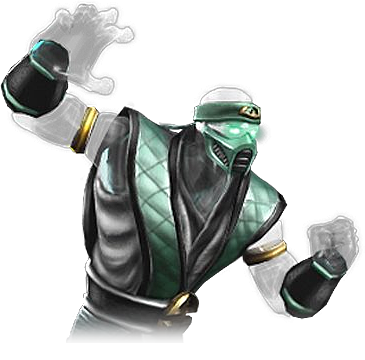 Chameleon is a powerful ninja, said to be a Saurian and a secret opponent in Mortal Kombat: 3. He would receive his own backstory in Armageddon where it was said to have been present since the events of the first Mortal Kombat while remaining hidden in the shadows watching all the events that happened next.

Classification: Unknown (Said to be Saurian)

Attack Potency: Large Building level (Stated to be one of Shao Kahn's deadliest warriors, putting him in the same tier as Goro and Kintaro)

MK3 Chameleon.
Add a photo to this gallery