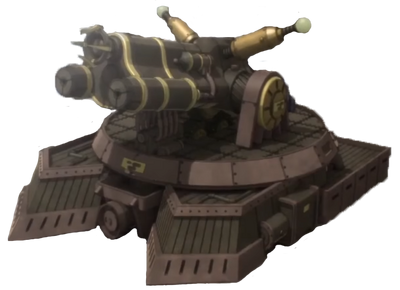 Chakra Cannon is a long-ranged weapon of mass destruction created by Kumogakure, in order to stop Toneri from destroying the Earth. However, due to Naruto stopping the Ōtsutsuki's threat, the cannon was never fired.

Powers and Abilities: Chakra Manipulation (It fires a joint of Blue Beam of chakra, which would diffuse into a multitude of beams), Teleportation (Stated to be able to transport the entire moon to another dimension)

Attack Potency: Possibly Moon level (It would be fired to destroy the moon)

Weaknesses: It takes some time to charge. It also needs shinobi with great amounts of chakra to charge it.