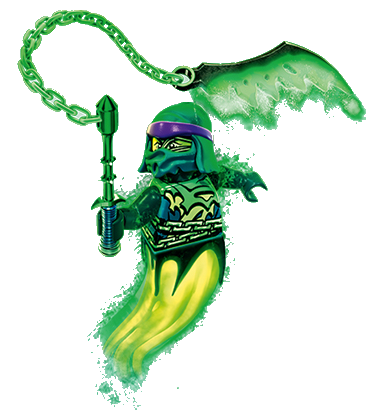 "Chain Master" Wrayth is a secondary antagonist of the 5th Season of Ninjago. He is one of the 5 generals of the Ghost Warrior Army, his main weapon is the Chain Whip, and he resides in the Cursed Realm. He was summoned by Morro to defeat the Ninjas while they were still powerless. He possessed a motorcycle that he found and ambushed the Ninjas while they were traveling and after a tough battle, he was defeated.

Age: Unknown, but he has presumably been trapped in the Cursed Realm for a much longer time than Morro

Powers and Abilities: Superhuman Physical Characteristics, Weapon Mastery (perfectly knows how to use his bow, and he's a master of it), Vehicular Mastery, Immortality (Types 1, 3, 6, 7 and 8 [Reliant on the Preeminent and the Cursed Realm: he and every other Ghost Warriors, every time they die, they can instantly regenerate inside of it]), Regeneration (Either Low-Godly or Mid-Godly, as he can regenerate form being completely destroyed; mostly not combat applicable, as he regenerates inside of the Cursed Realm, from which he cannot come back normally [Check Note for more info]), Intangibility (Ghosts are naturally immaterial and intangible, and can phase through basically anything), Possession (Of both inanimate objects and living beings, and like in Morro's case, he should be able to negate person's Power Bestowal by possessing them), likely Invisibility (He should be able to turn invisible like other ghosts can), Resistance to Fate Manipulation (Thanks to their master, Soul Archer and the other Ghost Warriors are completly unaffected by the powers of the inhabitants of the Cloud Kingdom, who control the fate of anything that happens in the 17 Realms), Flight, Shapeshifting (Ghosts can grow legs or a ghostly tail, and are freely able to swich between them), limited Transmutation and Cloth Manipulation (Ghosts can change the appearence of whatever they possess to some extent) and Technology Manipulation (They can also change the function of the vehicles they possess to a certain degree), Light Manipulation (Ghosts naturally glow, and can change a light source's color to fluorescent lime/green), Weapon Creation (like the other 4 Ghost Generals, Wrayth can created Ghostly Weapons [in his case, a Ghostly Chain Whip] with his powers), Transmutation and Curse Manipulation (Like any other Ghost Warrior, Soul Archer is able to bypass the durability of enemies by hitting them with ghostly weapons, cursing them and turning them into cursed ghosts too), Chain Manipulation, Non-Physical Interaction (can harm other intangible ghosts like him)

Attack Potency: Likely Large Town level (Should be comparable to other ghosts, who fought the Ninjas, and to Cole, after the latter became a ghost. Shouldn't be much weaker, if not weaker at all than Morro), can bypass durability by cursing his enemy, turning them into a ghost. Higher with the Chain Cycle

Speed: Sub-relativistic (comparable to the Ninjas and to Morro) higher with the Chain Cycle (managed to outpace the Ninjas multiple times)

Striking Strength: Likely Large Town Class (Should be comparable to Morro and to Cole, after the latter became a ghost)

Durability: Likely Large Town level (Should be comparable to Morro and to Cole, after the latter became a ghost). His various types of Immortality, Regeneration and Ghost physiology make him difficult to kill

Intelligence: Unknown, but Wrayth is very skilled at using his Chain-Whip

Weaknesses: Like any other ghost, his primary weakness is water, which is able to harm him regardless of his durability, and decent amounts of it (like a bucket of water, or even a teapot) are enough to one-shot him, thought this weakness becomes irrelevant when possessing someone or something, and even if destroyed, he can regenerate immediately in the Cursed Realm. If he possesses a person, the host may try to fight him back, weakening him in the process. Deepstone armors make the user immune to the ghosts' powers, and much like water Deepstone weapons can one-shot any ghost regardless of their strength (unless, of course, the ghost is possessing someone/something)

Feats: Fought all of the Ninjas at once. Turned Cole's Yak into a ghost

Note: If Wrayth is destroyed, he can immediately regenerate inside the Cursed Realm, another universe which is the stomach of his master, the Preeminent, however, this is in the majority of the times not combat applicable, since he cannot get out of it normally. If Wrayth would be conventionally killed by an enemy in battle, he would end up regenerating in the Cursed Realm, but remaining stuck inside of it, resulting in a victory via BFR for the opponent according to SBA. The only scenarios in which his regeneration would be fully applicable in battle would be if either the battle took place inside of the Cursed Realm, or if Wrayth had a way to get out of it, such as getting summoned by the Preeminent if the latter is present near the battle location. 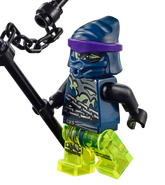 Wrayth as he appears in the show

Flying above the Ninjas with the Chain Cycle 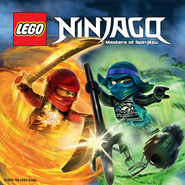 Retrieved from "https://vsbattles.fandom.com/wiki/Chain_Master_Wrayth?oldid=4609635"
Community content is available under CC-BY-SA unless otherwise noted.