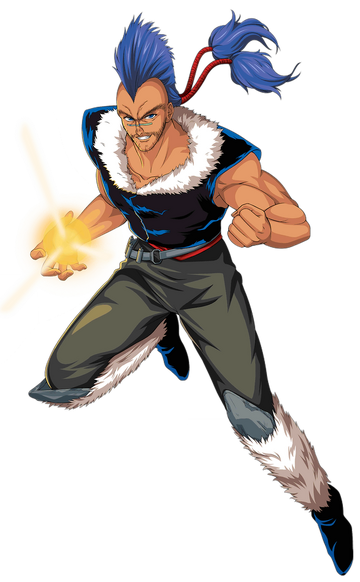 Chū was the former leader of Team Rokuyukai during the Dark Tournament Saga, while he initially was a foe of Yusuke Urameshi, he later became an ally and friend.

Attack Potency: Large Town level (Should be in the same class as the likes of Shishiwakamaru and Spirit Wave surrendered Genkai) | Multi-Continent level (Is a Mid S-Class demon, and is this superior to Low S-Class demons such as Hokushin)

Stamina: Very high, went head to head with Yusuke as well as successfully getting through Kurama's difficult training regime.

Intelligence: Skilled combatant, not much is known about his overall intelligence otherwise.

Weaknesses: Can get soft in combat when confronted by a beautiful woman.

Retrieved from "https://vsbattles.fandom.com/wiki/Ch%C5%AB?oldid=5263802"
Community content is available under CC-BY-SA unless otherwise noted.