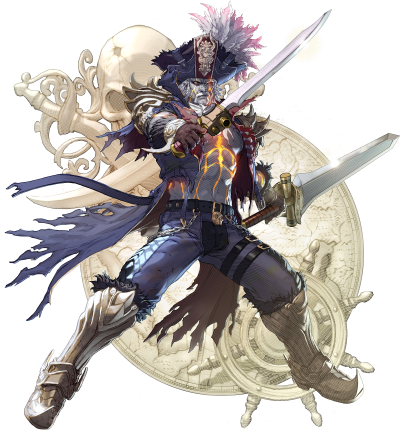 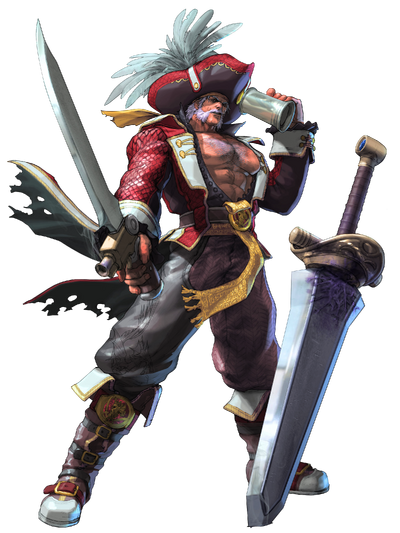 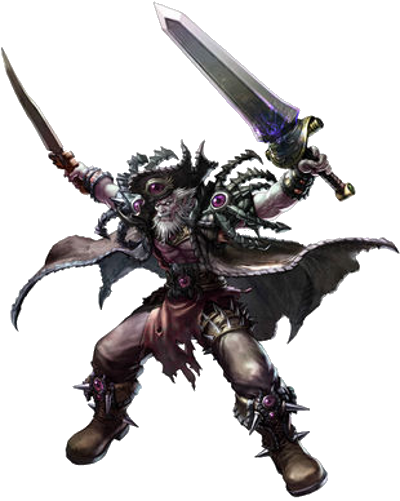 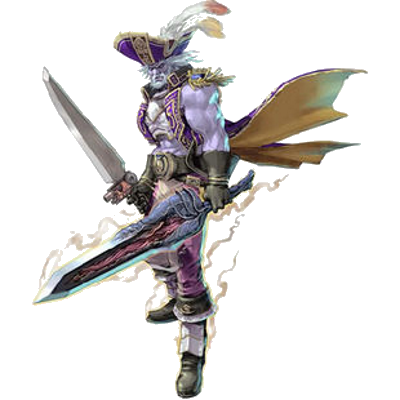 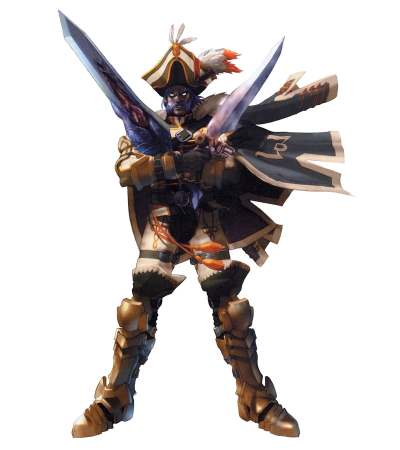 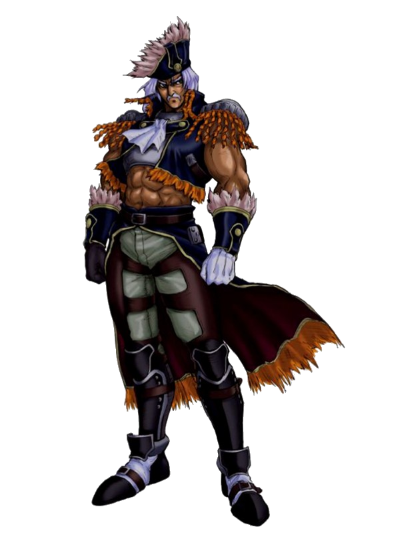 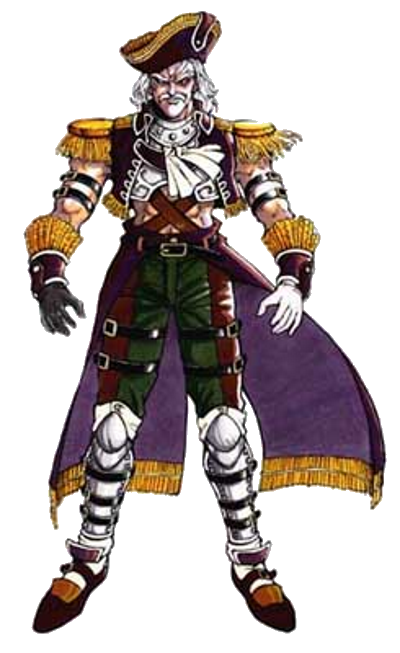 Cervantes de León is a character in the Soul series of fighting games. Cervantes made his first appearance as the main antagonist of Soul Edge and has returned in all of the games. He is the father of Ivy Valentine and is an undead pirate who travels the seven seas in order to loot, kill and steal the souls of anyone he kills.

What lies in his soul is Corruption.

Powers and Abilities: Superhuman Physical Characteristics, Teleportation, Electricity Manipulation, Levitation, Soul Manipulation, Telekinesis, Immortality (Types 6 and 7), Can swap bodies with others, Passive Durability Amplification with Defender, Regeneration (Low) with Falchion and Firangi, Limited Durability Negation and Fire Manipulation with Phlegethon, Life Force Draining,Cold Manipulation and causes freezing burns with every wound with Cocytus, Passive Attack Amplification with Styx, Soul Manipulation, Possession, Fire Manipulation, Reality Warping, Mind Manipulation, Madness Manipulation (Type 2. Simply being in contact with its power is enough to drive one into madness), Illusion Creation, Curse Manipulation (Its curses can turn others into mindless Monsters, Vampires and other things), Corruption, Dimensional BFR (Can send others to Astral Chaos where their minds, souls and bodies are twisted by the realm, driving them mad and corrupting them), Can cut through Dimensions with Soul Edge, Resistance to Sealing (Taki's seals that are designed to seal demonic and evil energies would not work on him nor Soul Edge) | All Original Timeline abilities minus weapon abilities, Statistics Amplification with Soul Charge, Regeneration Negation (Low-Mid) with Phlegethon.

Speed: Superhuman with Supersonic+ reactions and combat speed (Superior to Ivy, who kicked away a bullet point blank) | Unknown

Intelligence: Cervantes is a highly skilled warrior who has fought and killed many pirates and warriors across the world in order to steal their souls. Skilled enough to contend with both Ivy and Taki.

Note: Many of Cervantes' abilities come from the various weapons he can equip (Minus abilities that are Inferno related). As such, in battle the creator should specify what weapon(s) he is allowed to have.

Note 2: It should be noted that in battle, if the creator uses Cervantes wielding Soul Edge, then if defeated Inferno will appear to fight the opponent. So the creator should be wary of this when making Cervantes matches and more than likely restrict it.