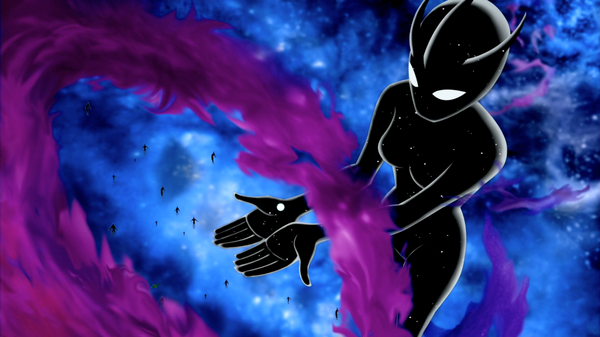 Classification: Powerful race of reality-warping aliens from the Forge of Creation

Attack Potency: Multiverse level (Stated by Professor Paradox to possess the greatest power he's ever seen,[1] and therefore above his Chrono Navigator. Repeatedly stated as the most powerful in the series. Supposedly changed the art style for the Ben 10 series as a whole.[2])

Speed: Massively FTL+ (Can easily cross interplanetary distances and can quickly grow to be as large as entire galaxies), Massively FTL+ attack speed (Celestialsapiens like Alien X are able to move numerous galaxies across the Universe in seconds).

Weaknesses: Each Celestialsapien has 2 personalities, each of which needs to agree on a decision before taking action.

Start a Discussion Discussions about Celestialsapiens