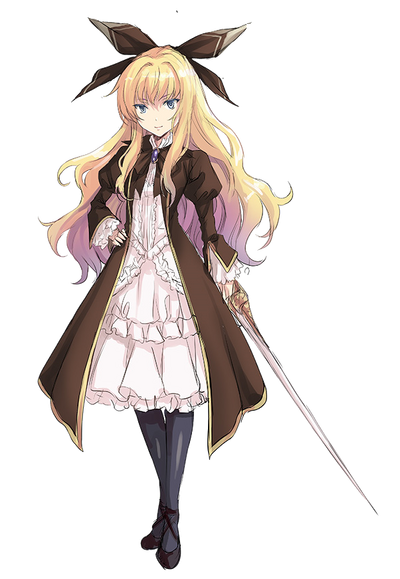 Celes Walt is the sister of Lyle Walt and the main antagonist of Sevens.

Attack Potency: Small Building level (Superior to May who can destroy trees which require this much energy. Easily outclassed Lyle Walt with Full Burst)

Speed: Subsonic (Superior to Aria who can move faster than the eye can see)

Standard Equipment: A rapier and a yellow Jewel that reproduces Agrissa’s power as it is.

Intelligence: Stole everything from Lyle who was a genius at magic. She is a skilled swordsman.

Retrieved from "https://vsbattles.fandom.com/wiki/Celes_Walt?oldid=5578614"
Community content is available under CC-BY-SA unless otherwise noted.